Video based on Cantata op. 78 by Sergej Prokof’ev and on images taken from the Film by Sergej Ejsenstejn

Video based on Cantata op. 78 by Sergej Prokof’ev and on images taken from the Film by Sergej Ejsenstejn


A. Nevskij Video
photographic publication in occasion of the first public projection of the video
I Teatri di Reggio Emilia, 1990

A video based on a historicized musical material and on a masterpiece of the cinematographic world, this is Aleksandr Nevskij Video, a classical music video with a pioneering character in regards to not only the themes address but also the technologies – during the 1980s – available at the time.

Aleksandr Nevskij, cornerstone of the history of cinema, is the first sound film of Sergej Eizenstein. Thanks to the collaboration with Sergej Prokof’ev the film is a result, perhaps the most important of all, of a new audio-visual art that develops the astonishing interaction between the dynamics of the images and the rhythmic expressive possibilities of music.

Aleksandr Nevskij represents for the two authors the opportunity of a real experimentation: the dialectic of the mutual influence between images and music is examined in all the directions and in the realization of the film every type of compositional modality is experimented, without any exclusion, with the aim of fulfilling the internal synchronization between music and images.

These characteristics of the work signified a very strong stimulus for the designing of Aleksandr Nevskij Video and on these premises the happy encounter with Studio Azzurro, with Leonardo Sangiorgi, and with Michele Dall’Ongaro and Luca Scarzella took place.

Eizenstein’s film was presented for the first time in 1938; subsequently Prokof’ev elaborates the richness of the musical themes and ideas of the soundtrack, orchestrating them again in the form of Cantata for mezzosoprano, Chorus and orchestra (op.78) in 1939.

Removed from the role of the soundtrack, the music of Cantata narrates the film following new principles — more exquisitely musical and more concise — without losing that musical memory of the images that belong to it as the genetic moment.

We started from the new musical story: in the Nevskij Video, the music of the Cantata is considered as the main narrative voice, leading element in the organization of both the cinematographic sequences and the images of the orchestra performance.

Eizenstein’s film is reorganized as such, respecting the narrative of the film, in its accord with the different articulation of the music.

The images of the film are brought to a new symbiosis with those of the musical performance: in the video it’s precisely the footage of the orchestral performance that unites the music with the film and provides for the interpretation of the complex work during post-production.

During the elaboration of the materials, a gradual process of eliminating the linguistic boundaries was carried about, starting with the use of the orchestra as a symbolic tool that promotes and makes explicit the internal synchronization between film and music.

In the final result, Aleksandr Nevskij Video becomes an autonomous work that finds its expressive reason in itself keeping intact the dramaturgic structure of music and film, and having as its horizon the development of a possible new language. 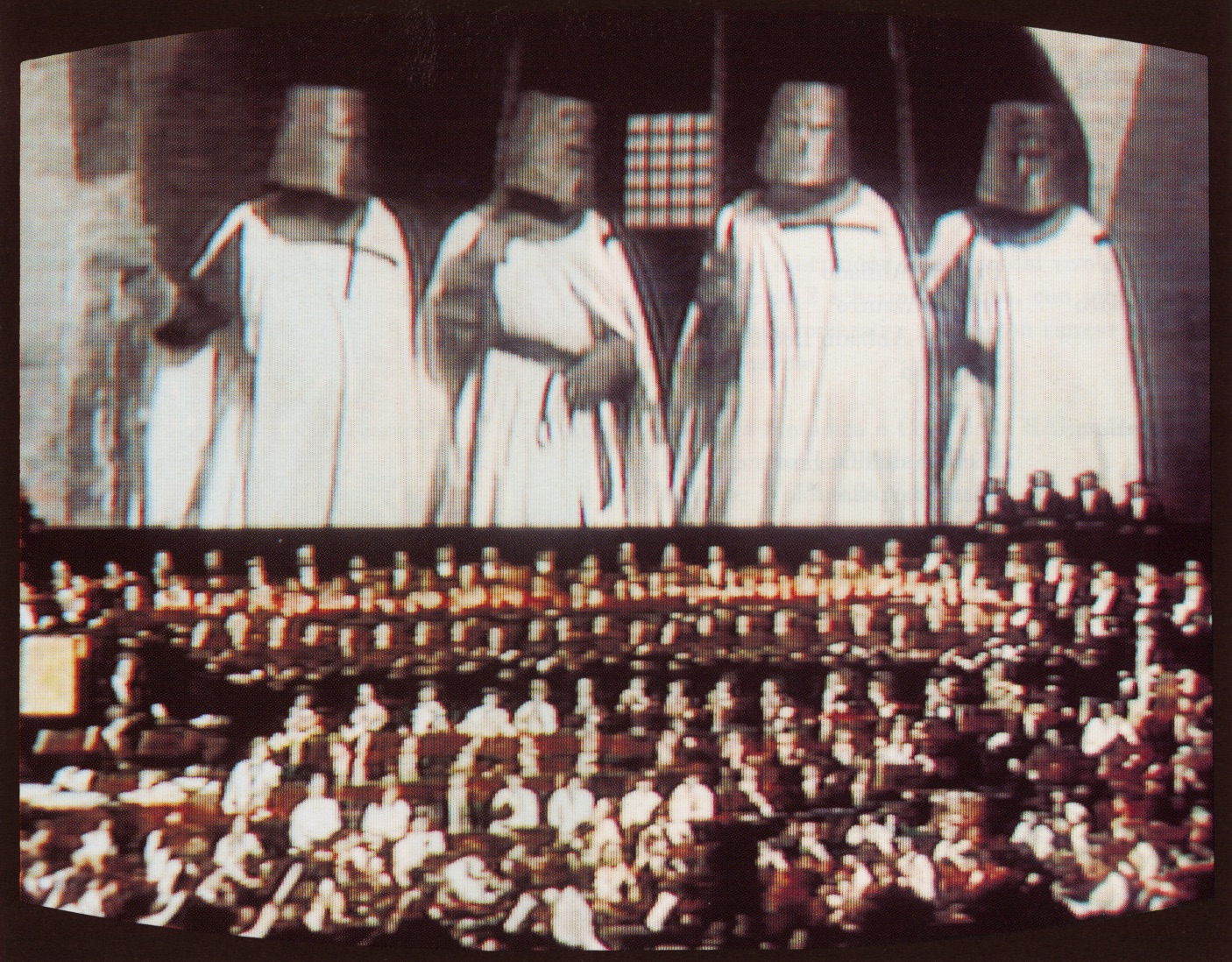 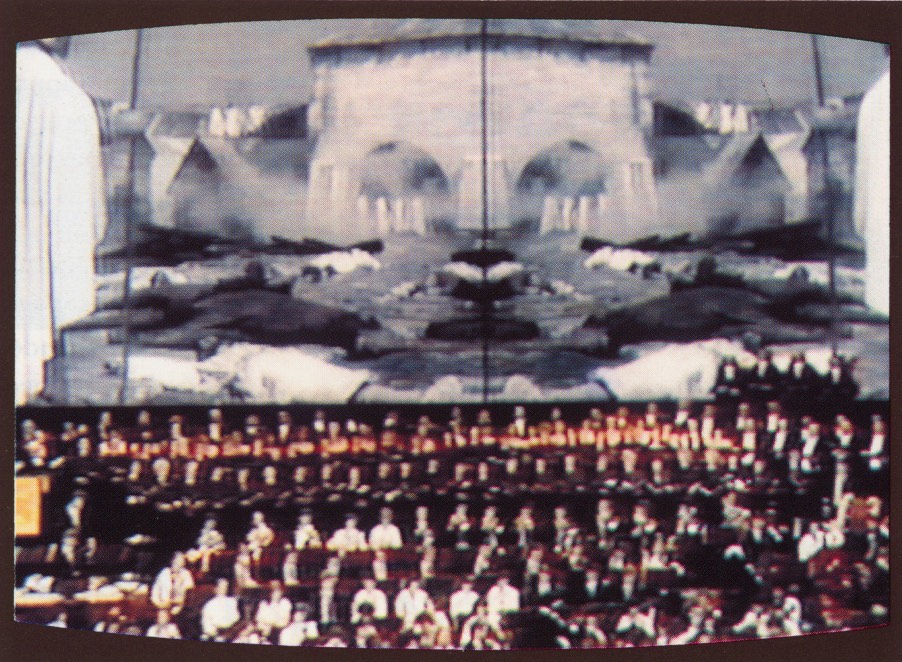 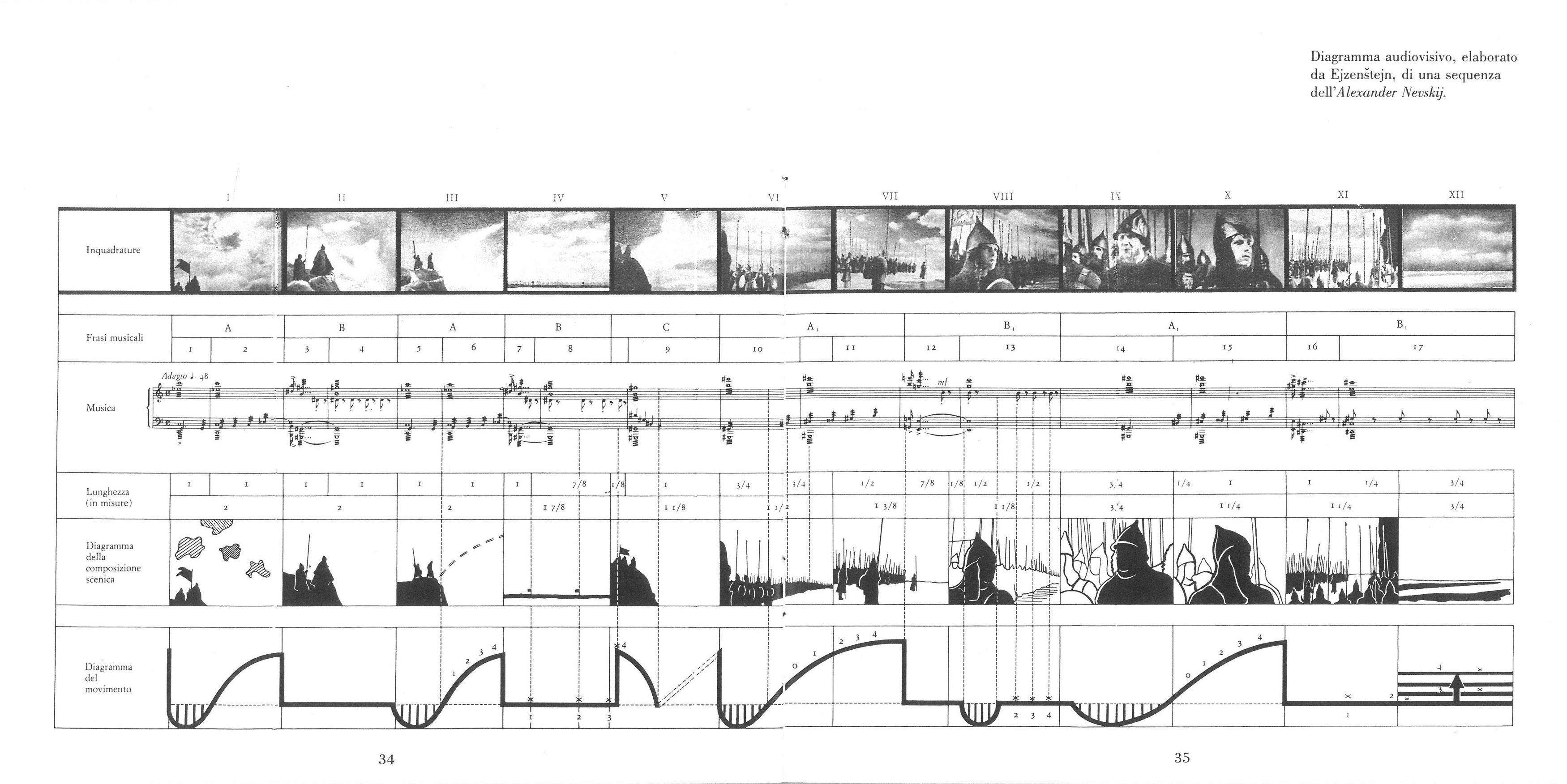 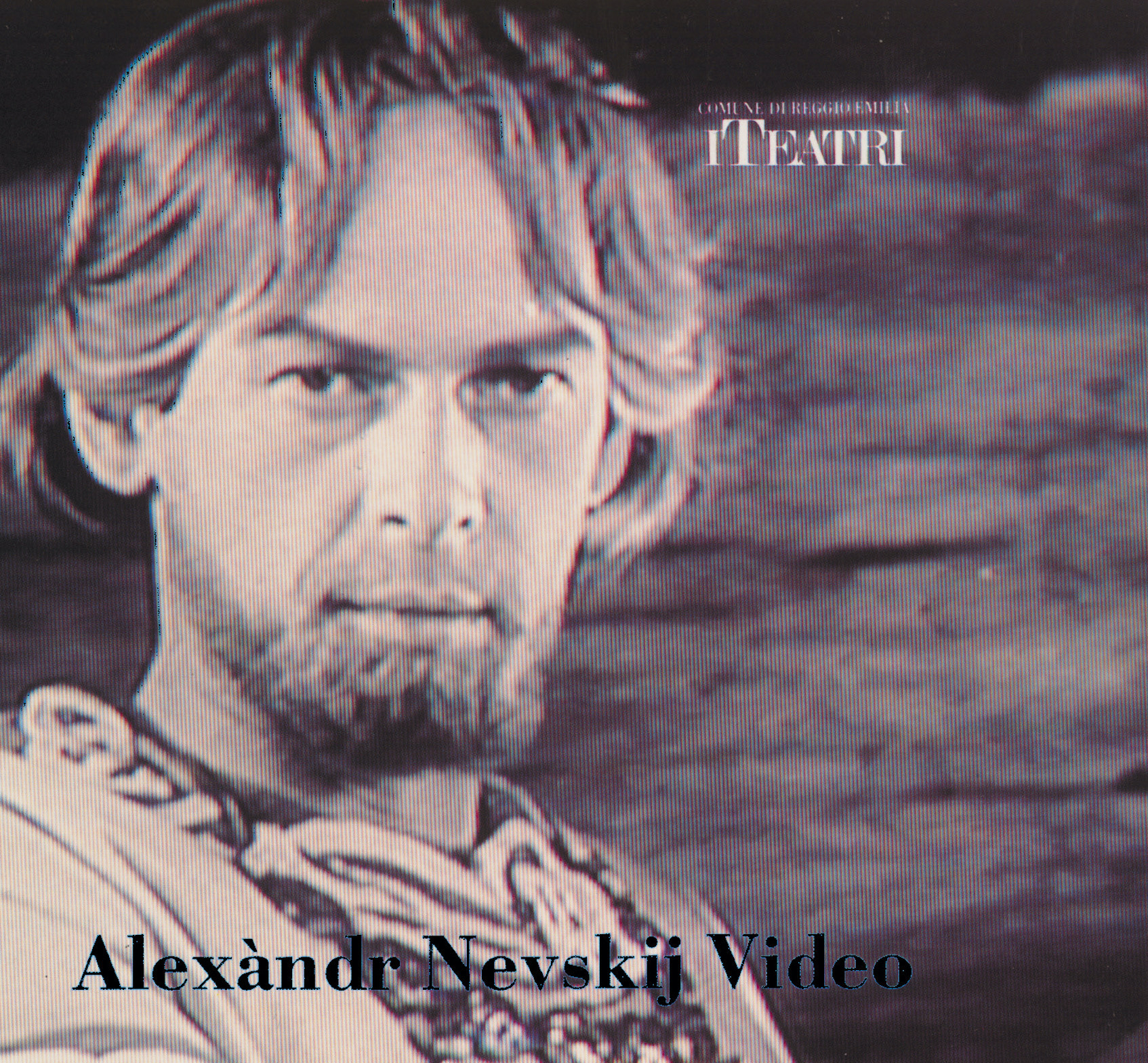 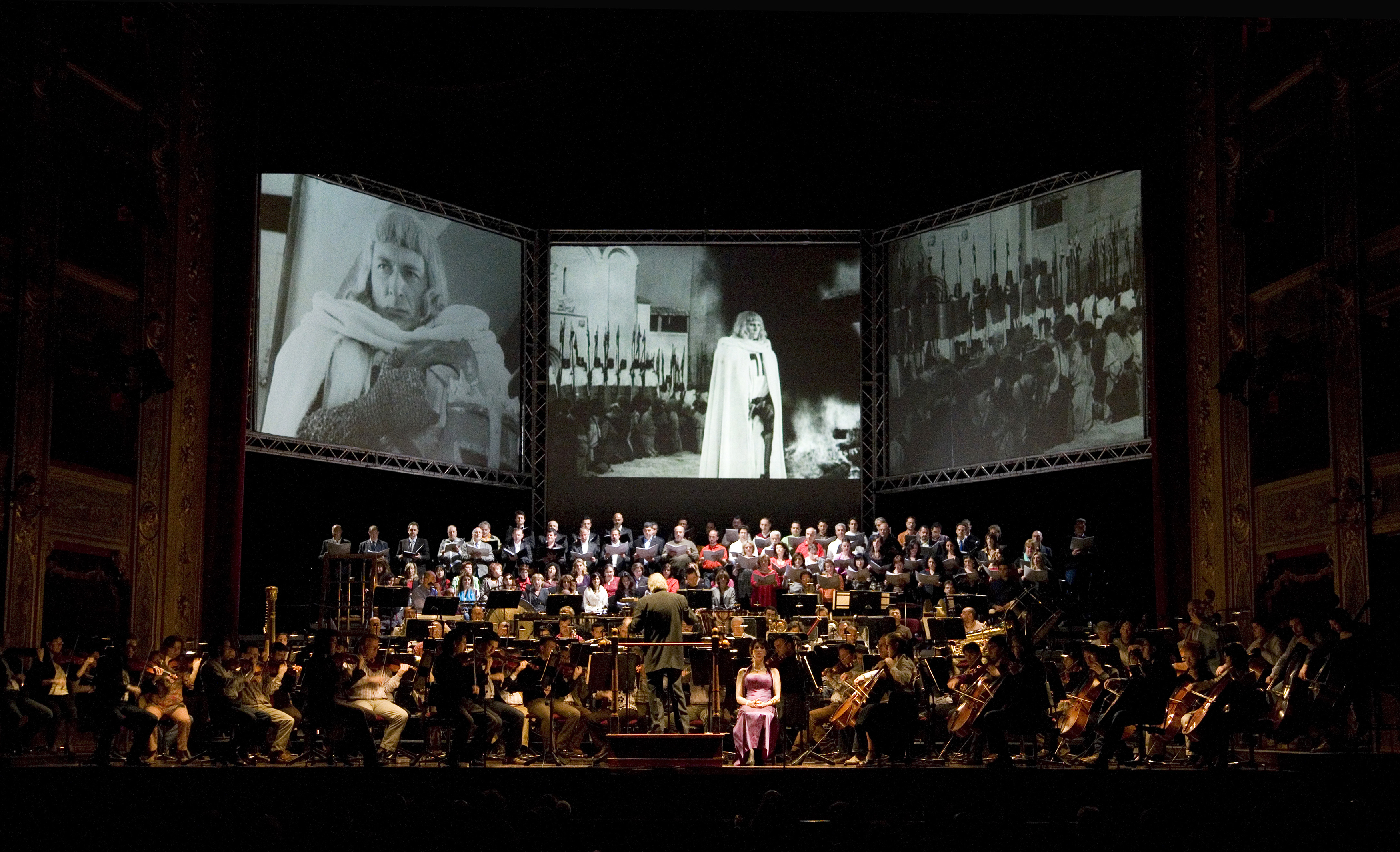 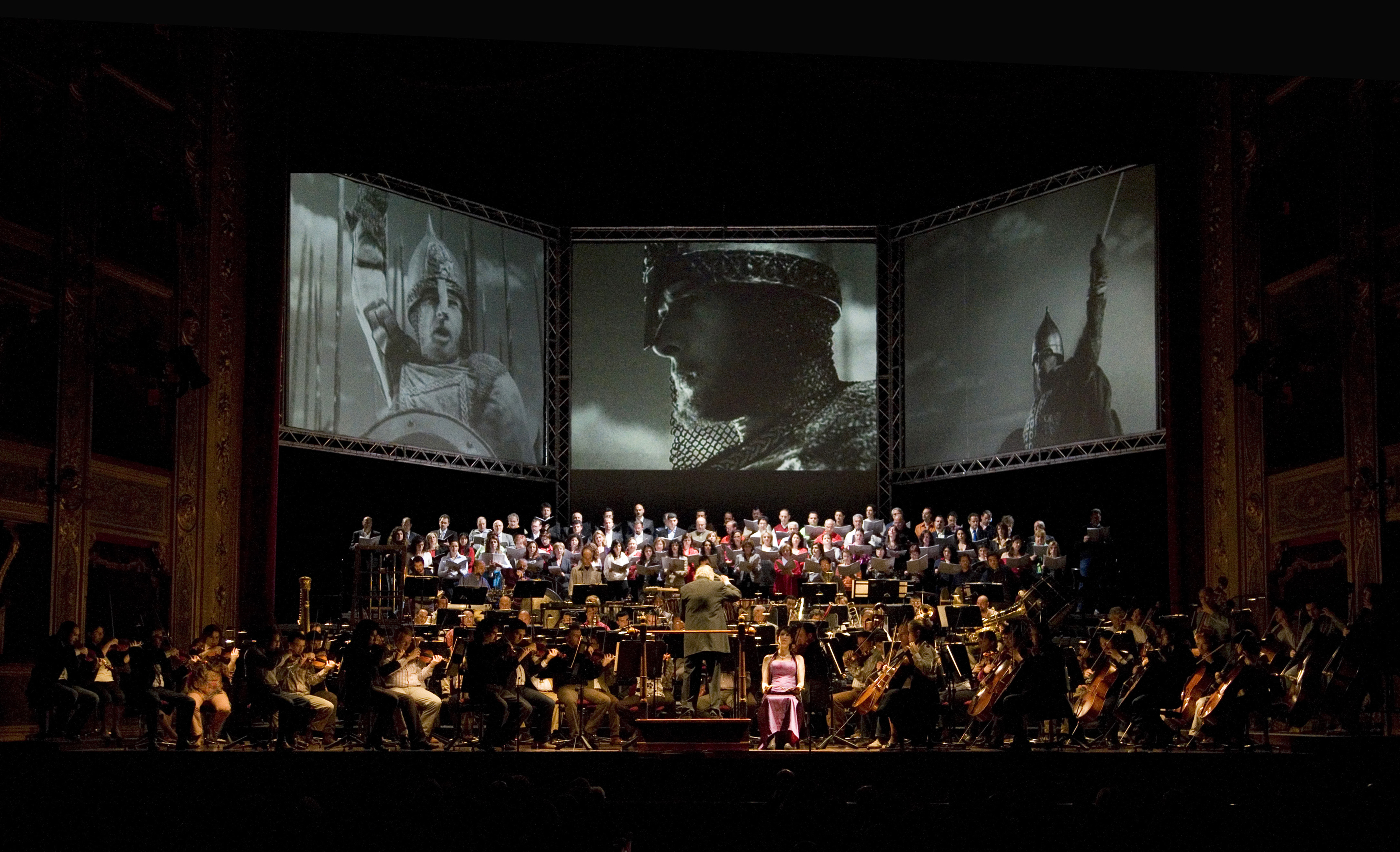 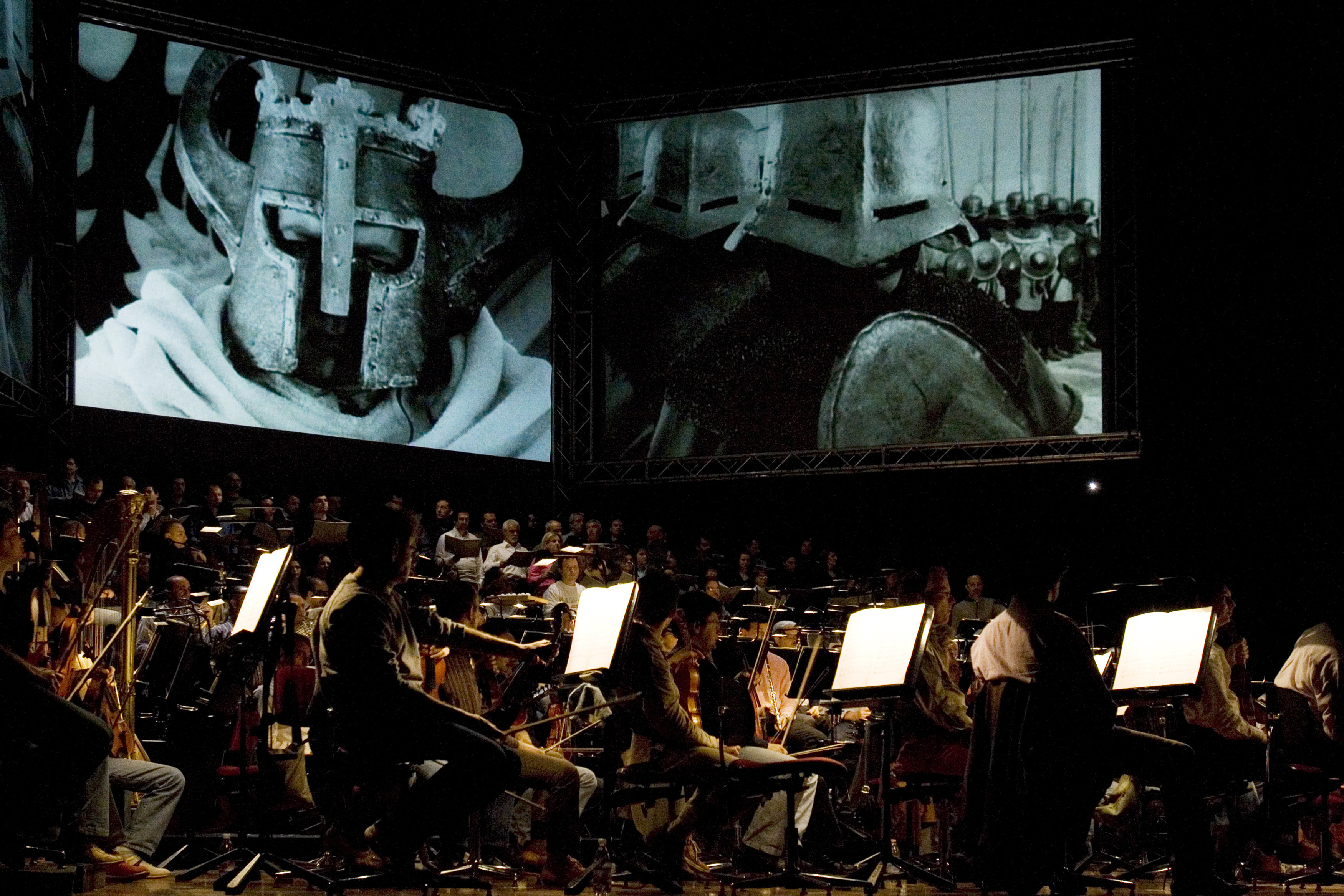 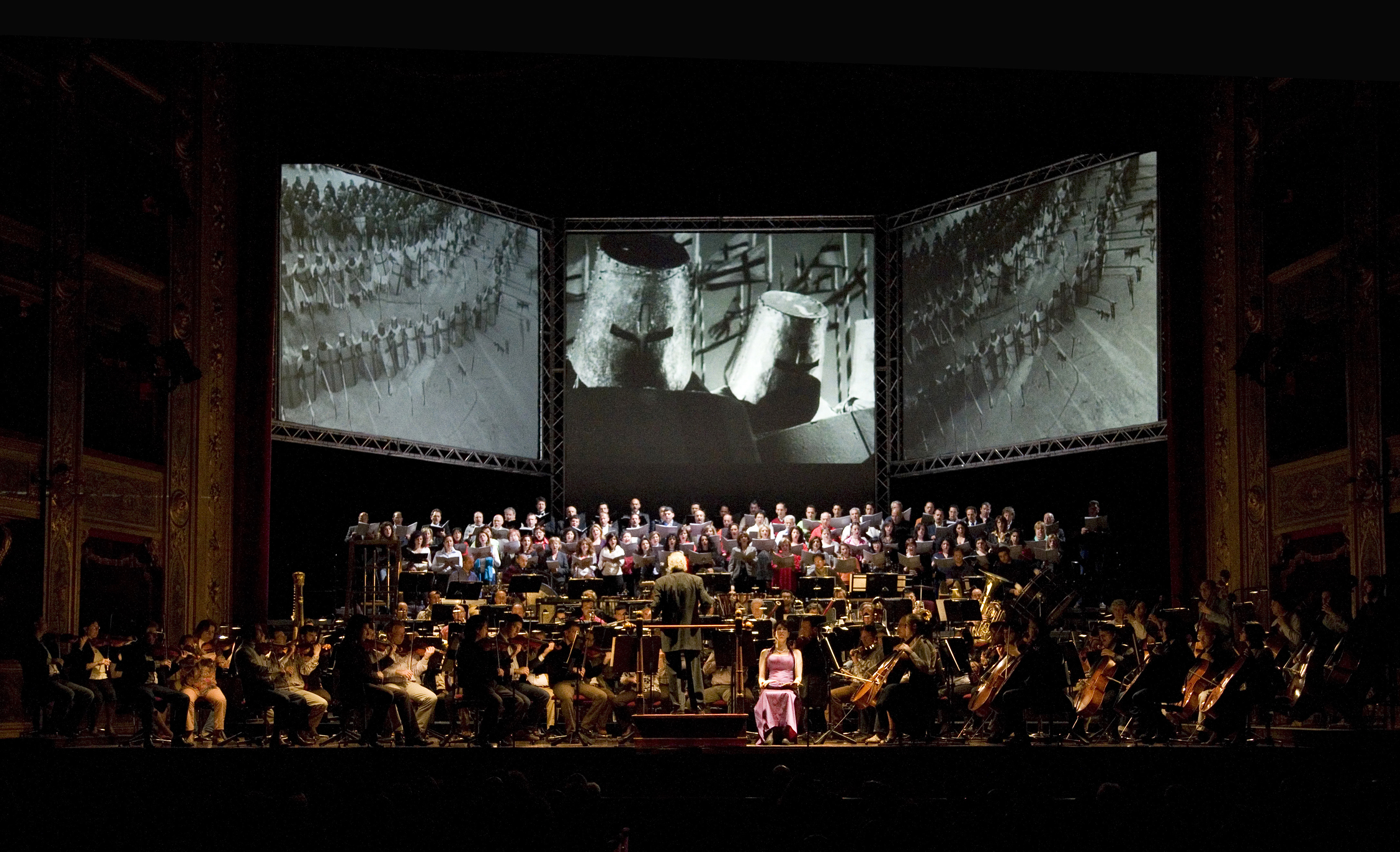 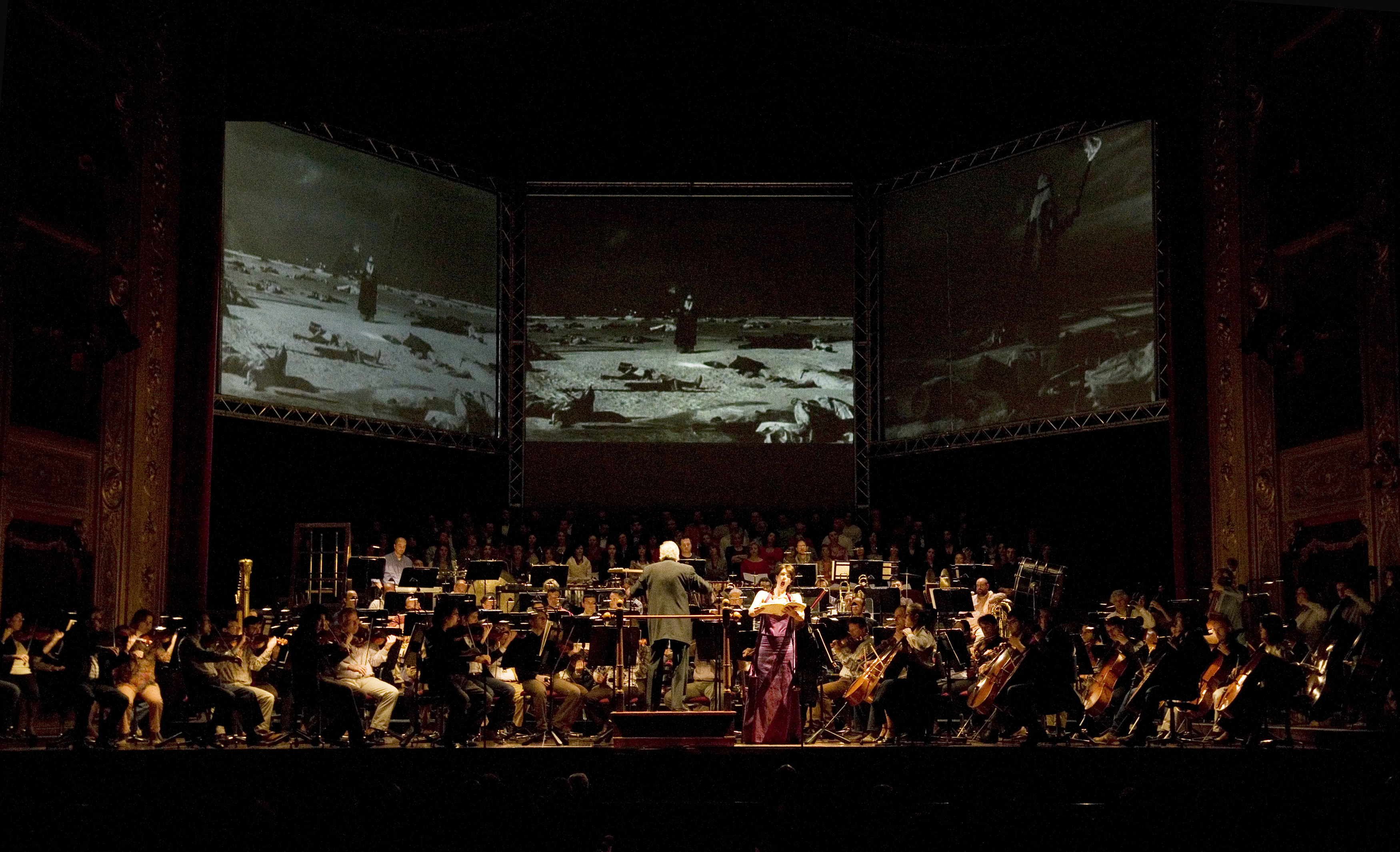 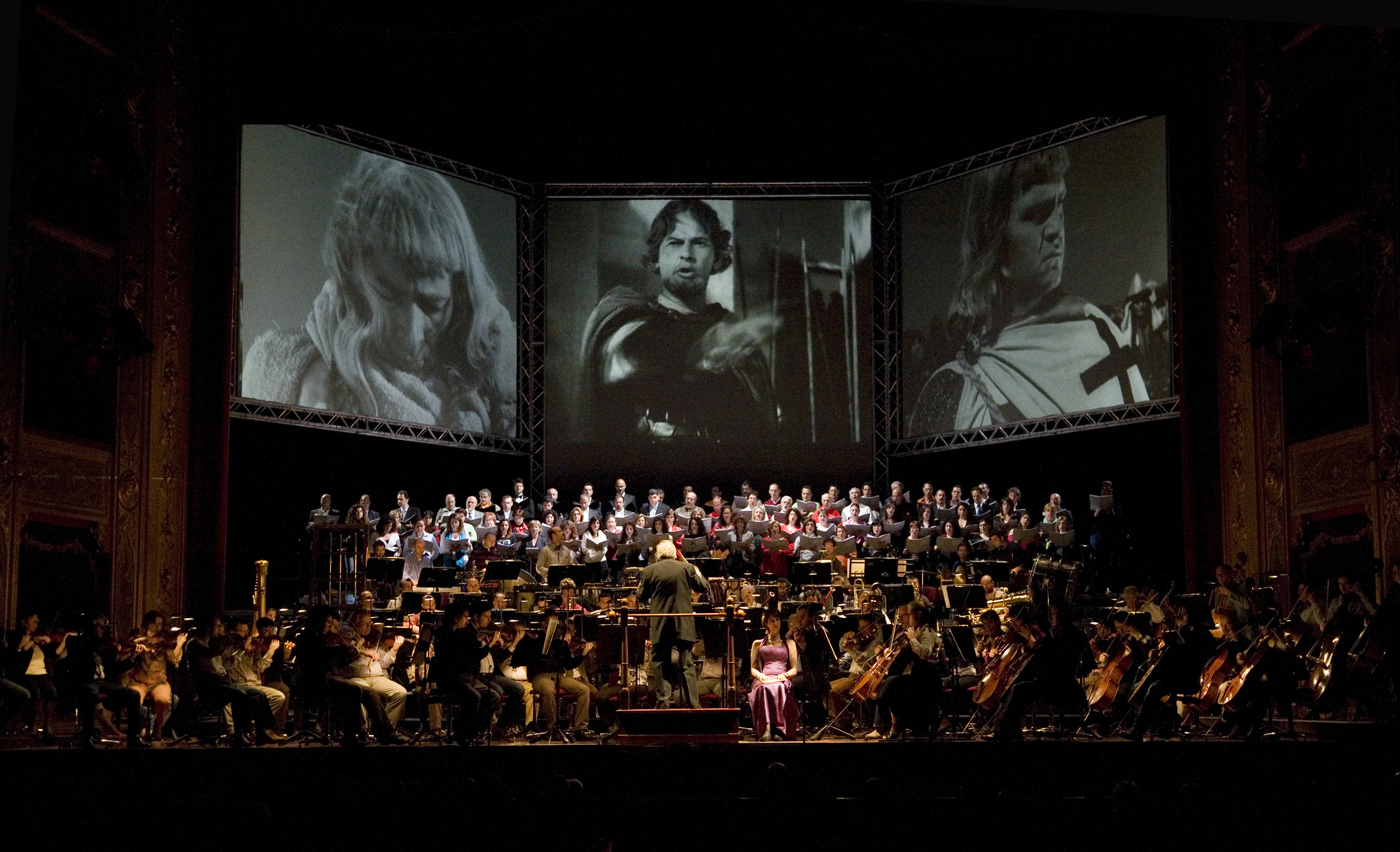 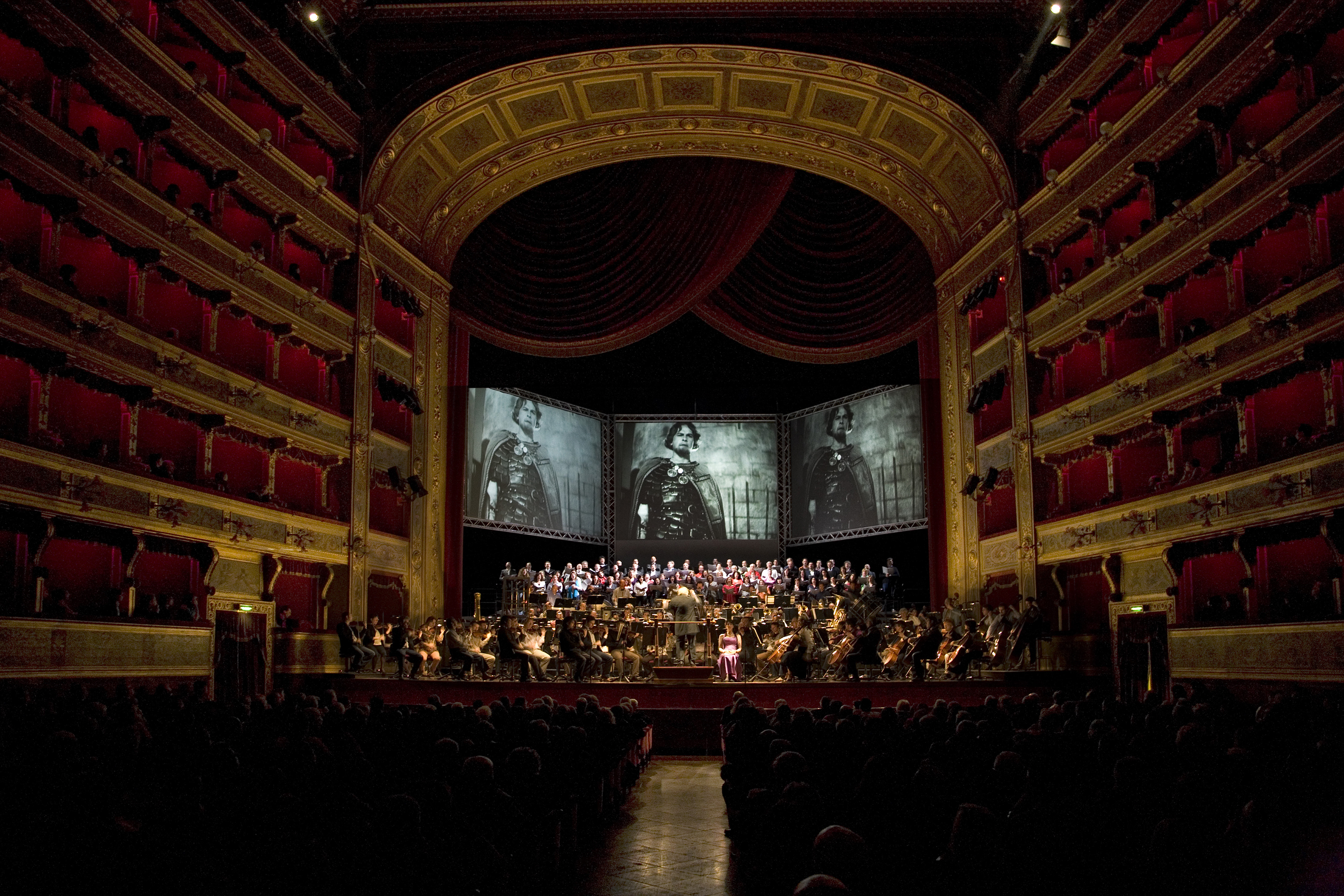