A continuous movement, a strange balance – Un continuo movimento, uno strano equilibrio  was born within the Marathon of Milan – the hours of the night inside the tram storage/warehouse in Via Teodosio in Milan, also known as “the cathedral”.

The heart of the city in the night, a large, silent, and sheltered place floating between silence and the “invisible” human activity of the cleaners. An uncontrolled place, suspended between practicality and metaphysical echoes; a paused space, a place where the unpredictable could be unleashed.

Here the encounter between characters of very different origins occurs, their happening in this suspended space and time, as if lost.
Characters like particles of different solitudes, unknown to the morning world of the city that produces and marches following blind rhythms.

Scene. A tram storage in the suburbs of Milan. A huge warehouse in iron and glass windows, rails, trams — washing pits, stairs, railings, and balconies.

From three to four of a summer’s night.

Dafne and Roman, two cleaners, move around inside and outside of the trams. They use the steps, long hoses for the water, buckets and a large number of tools. It’s the last hour of their shift.
Inside of the storage a refined white-haired gentleman dressed with extreme care, walks quickly without pause, in an obsessive way, walks long and sinuous paths, and goes back, goes up and down several times, obstinately on all of the trams.
He’s absorbed into his own thoughts, sometimes he stops frightened, pulls out of the pockets of his jacket an incredible number of notebooks, filled with pieces of papers, photographs, and observes them, puts them back in his pocket, sometimes losing them. Then, in a hurry, he gets back his mysterious night trip. 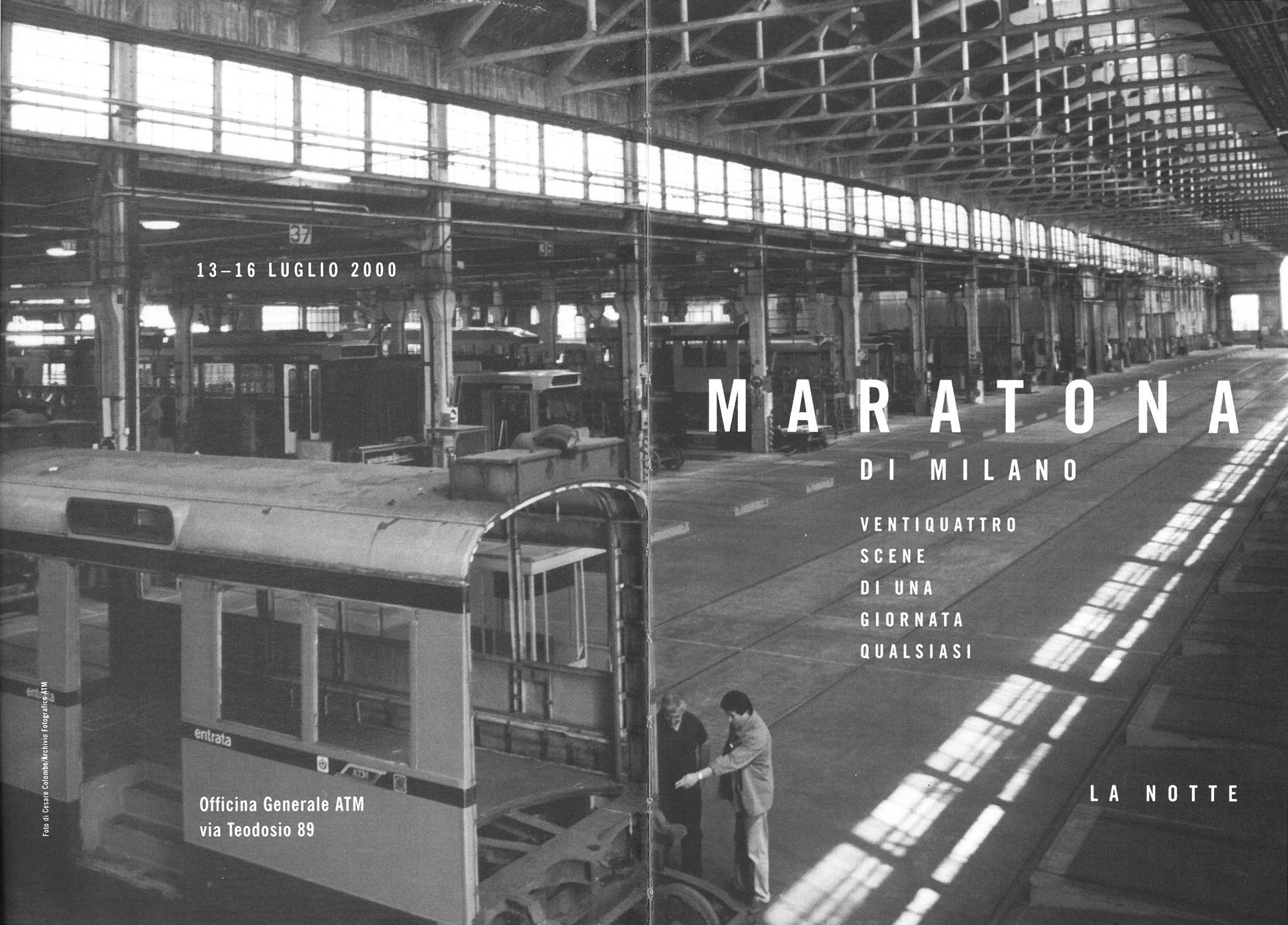 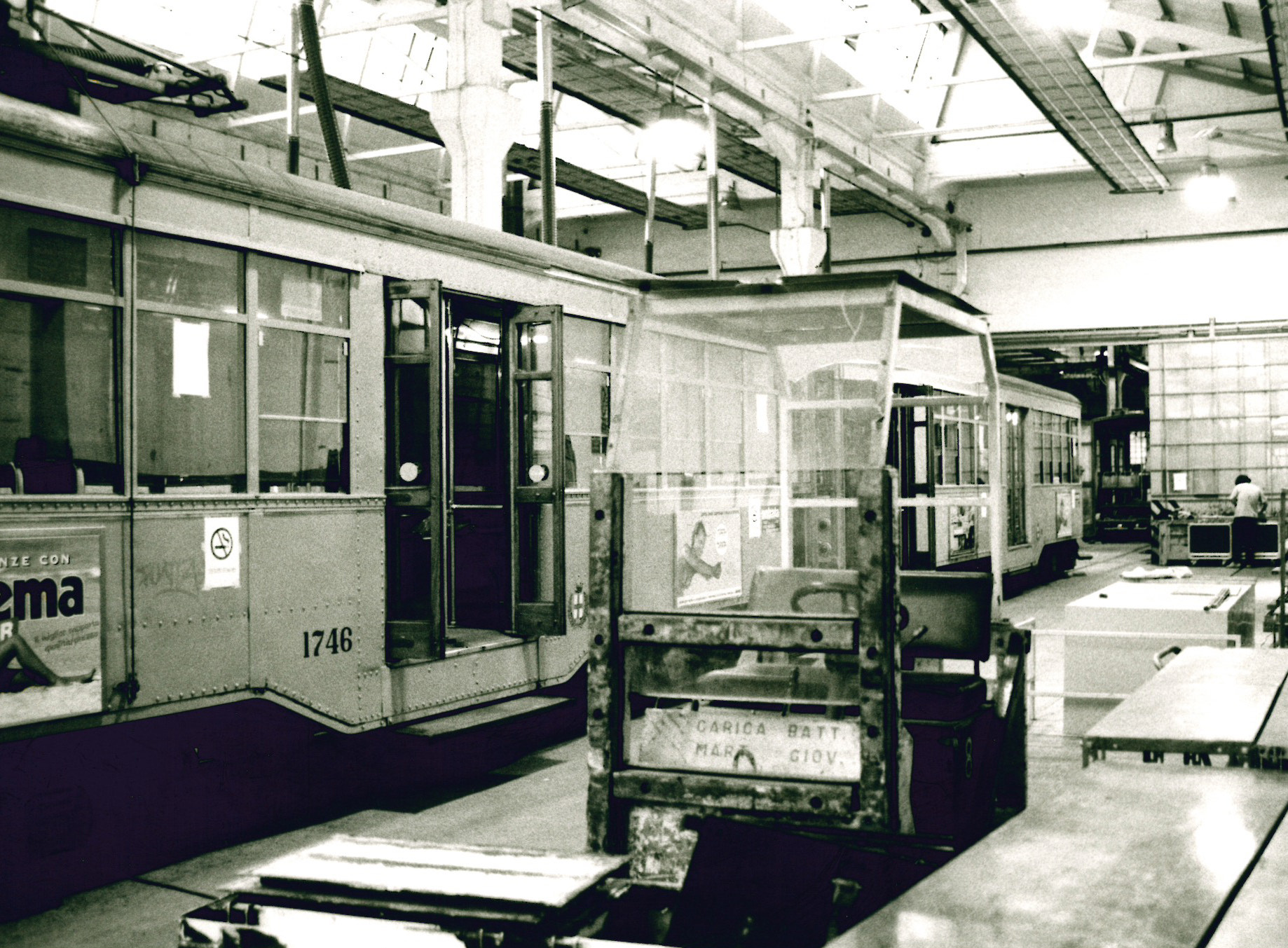 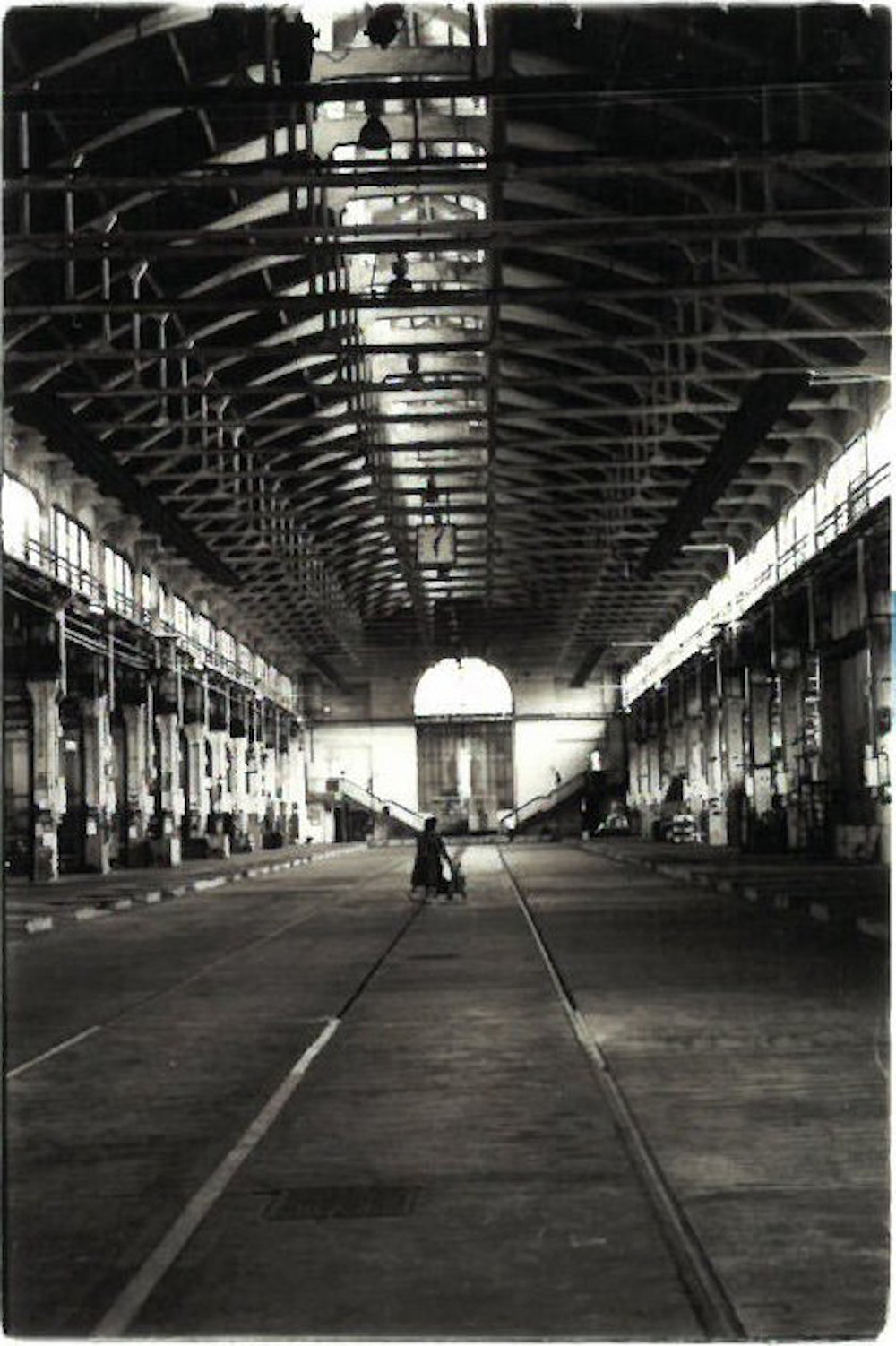 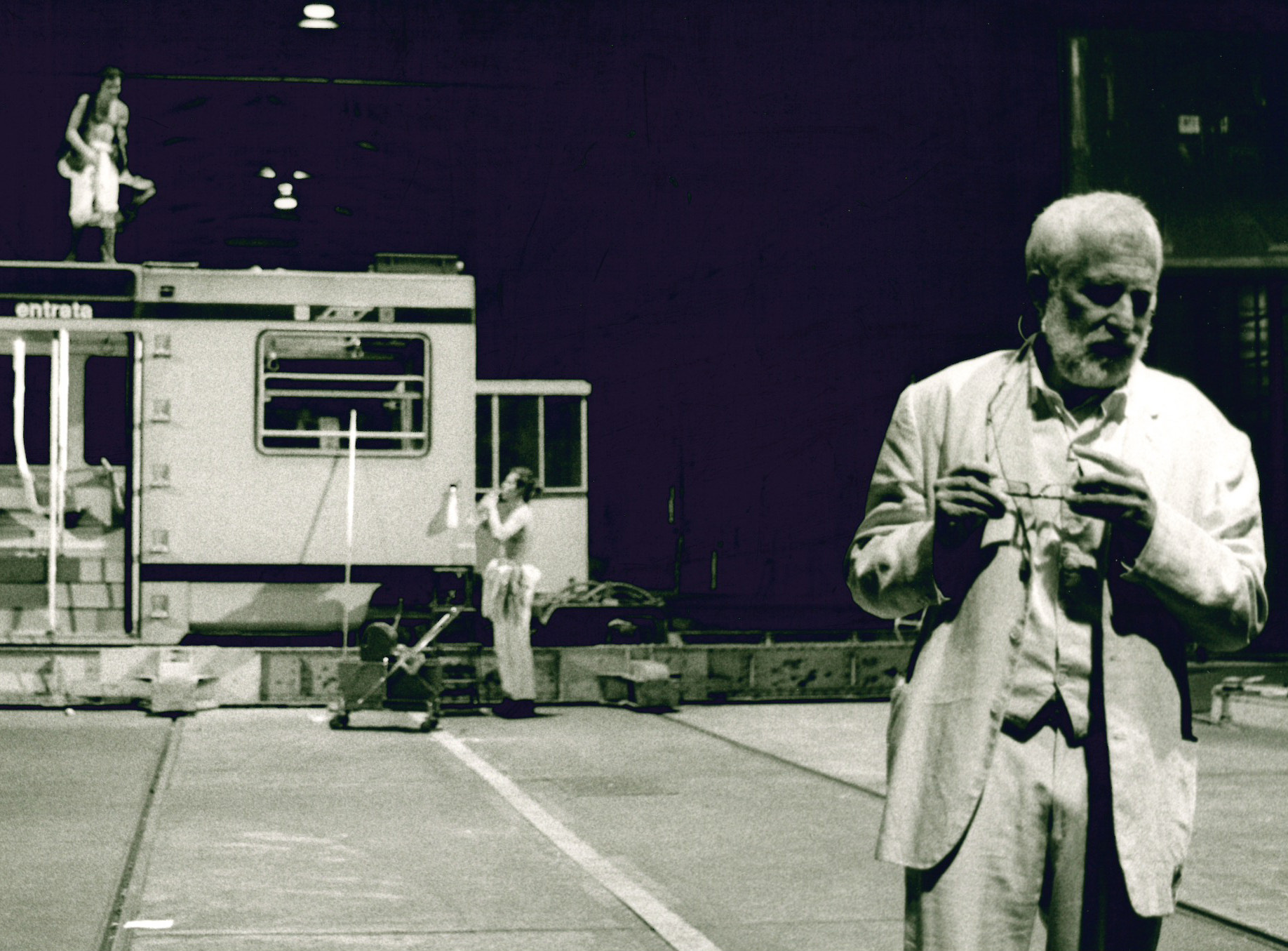 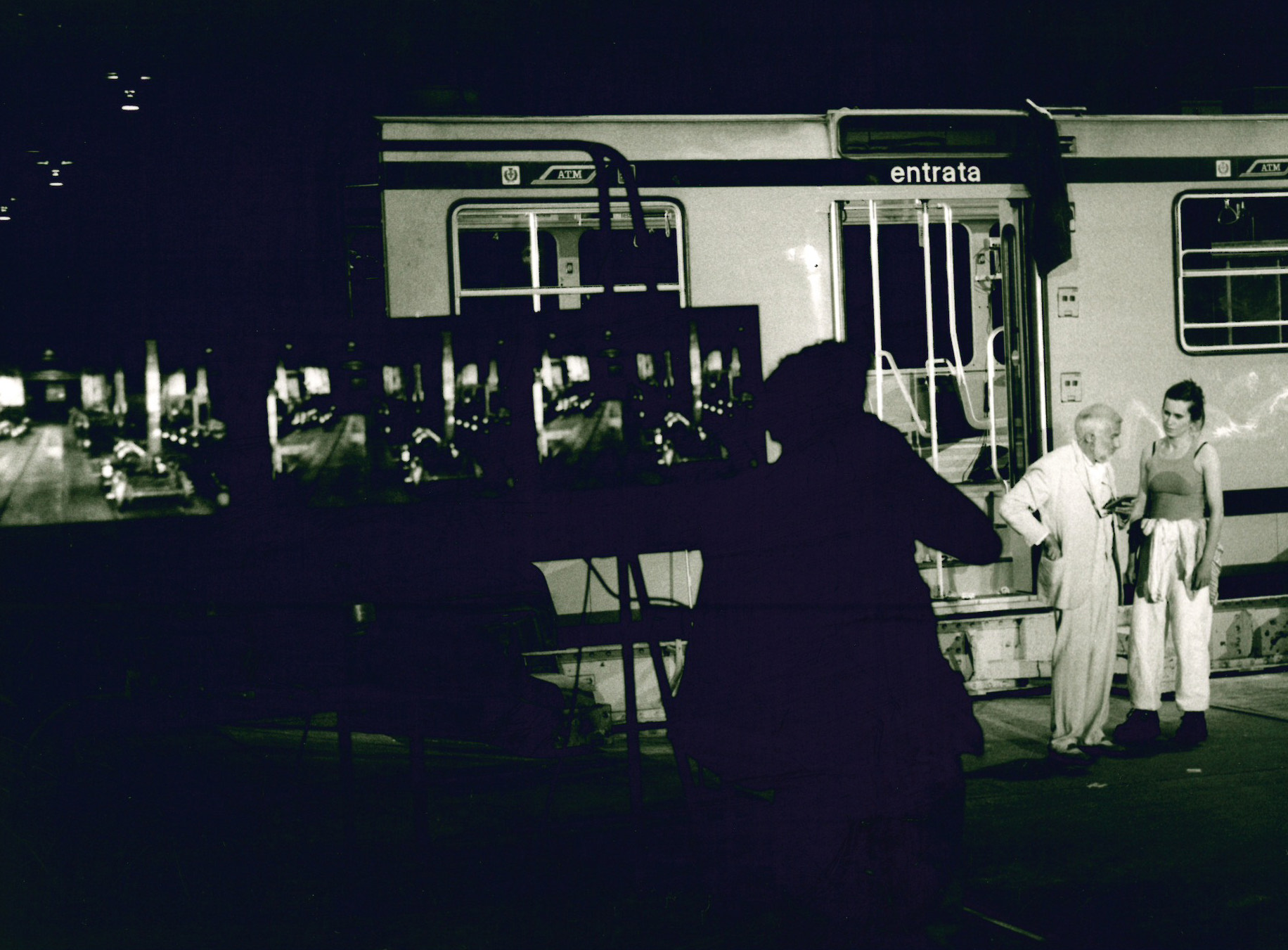 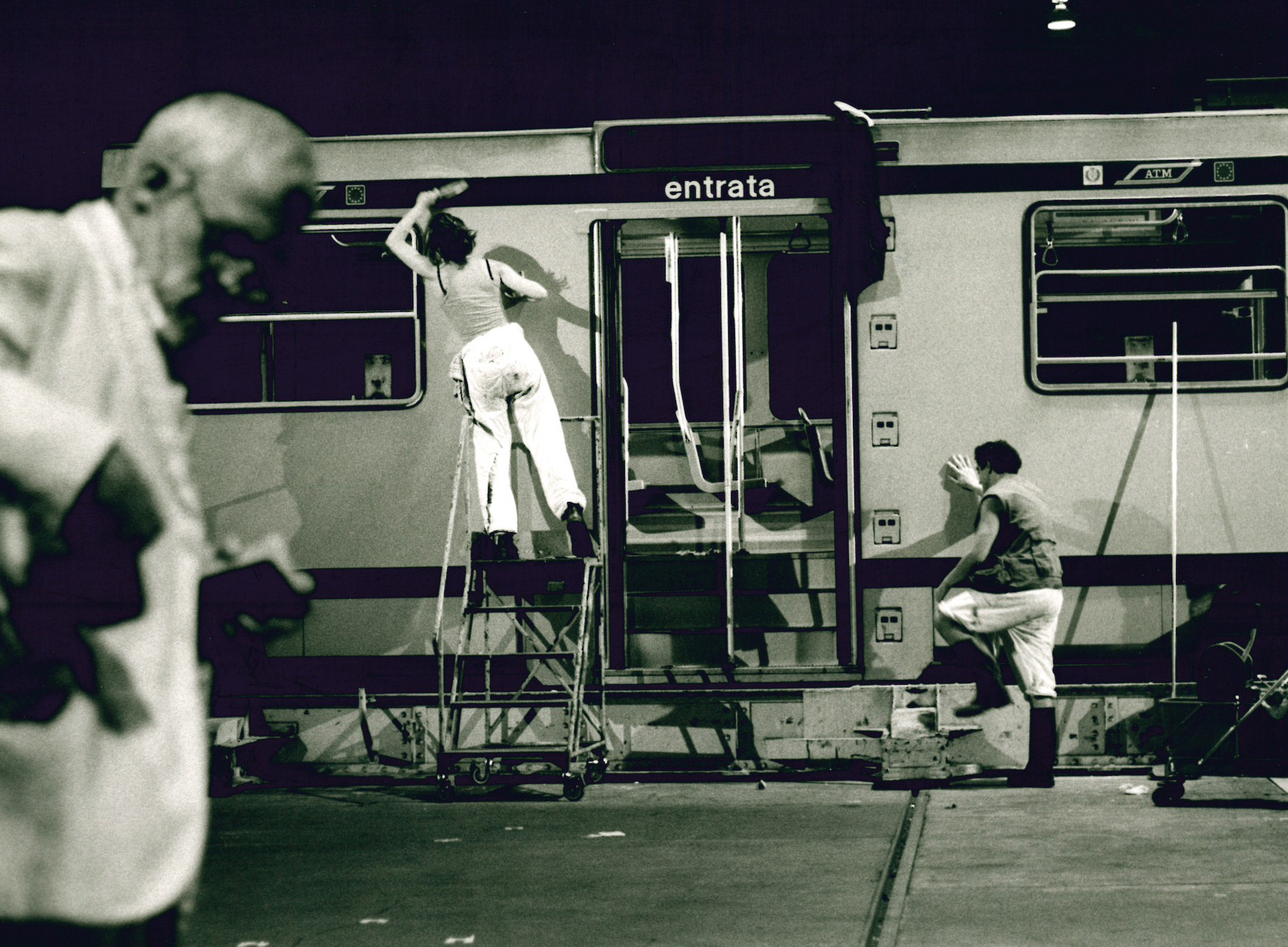 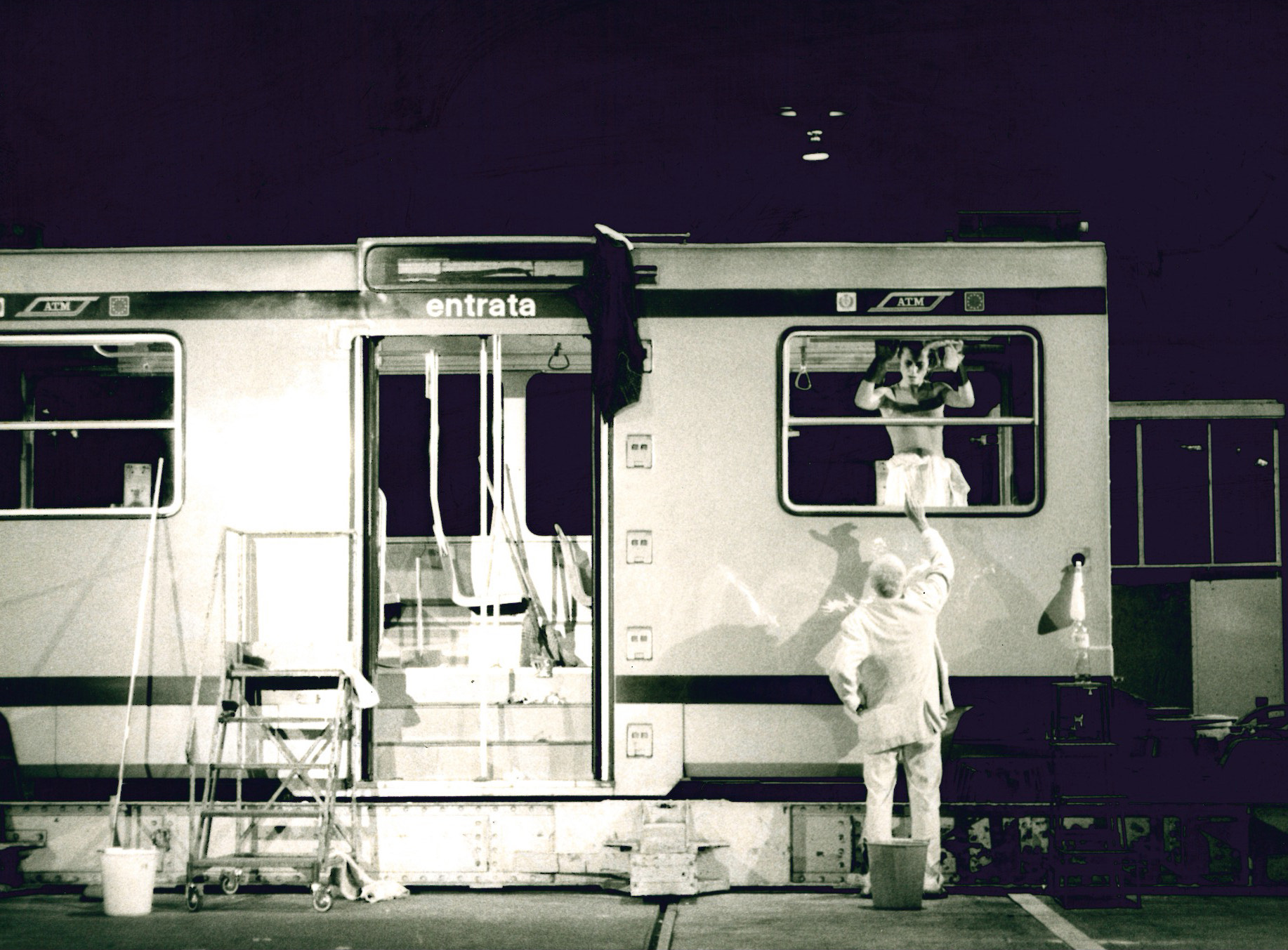 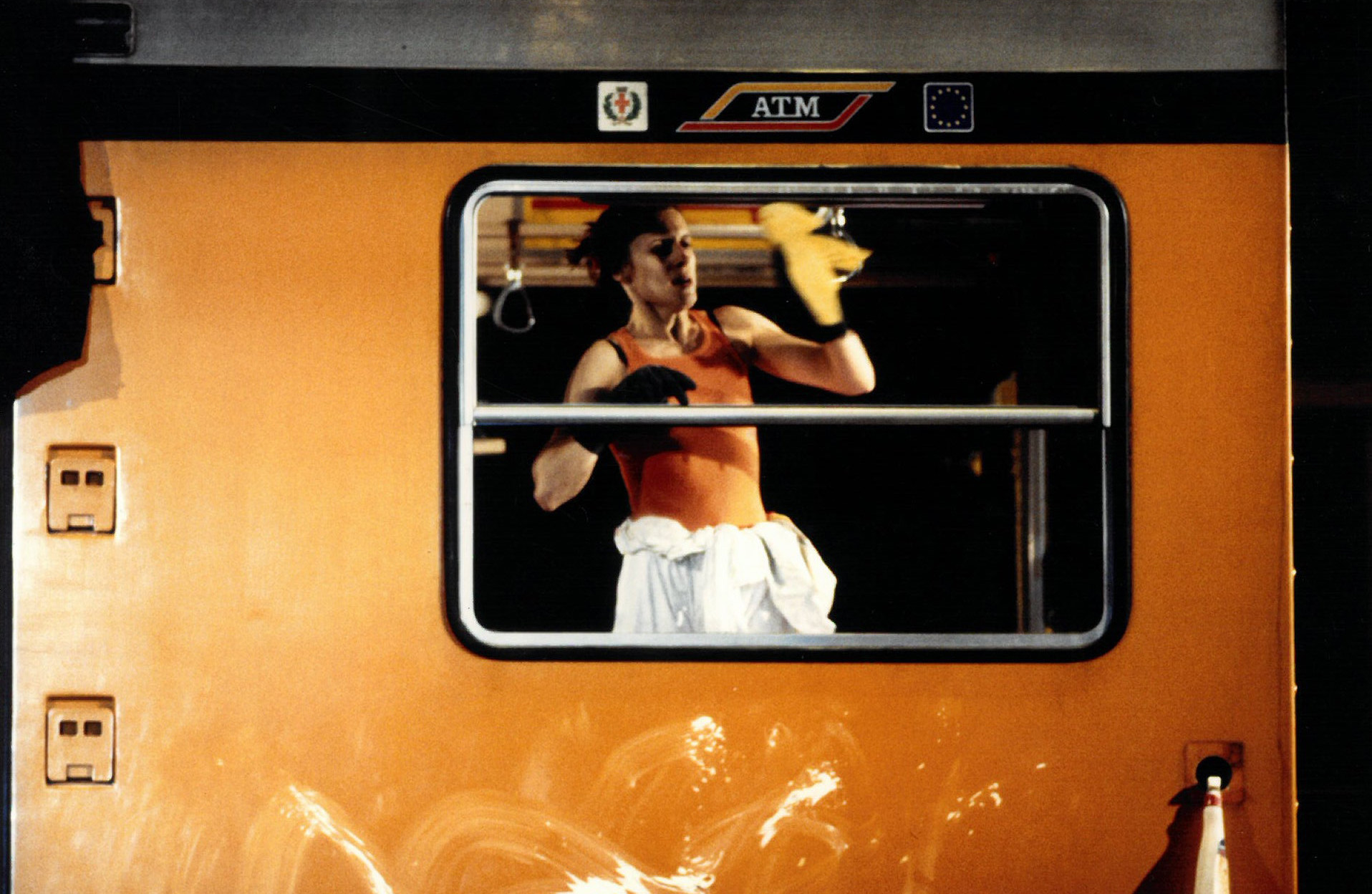 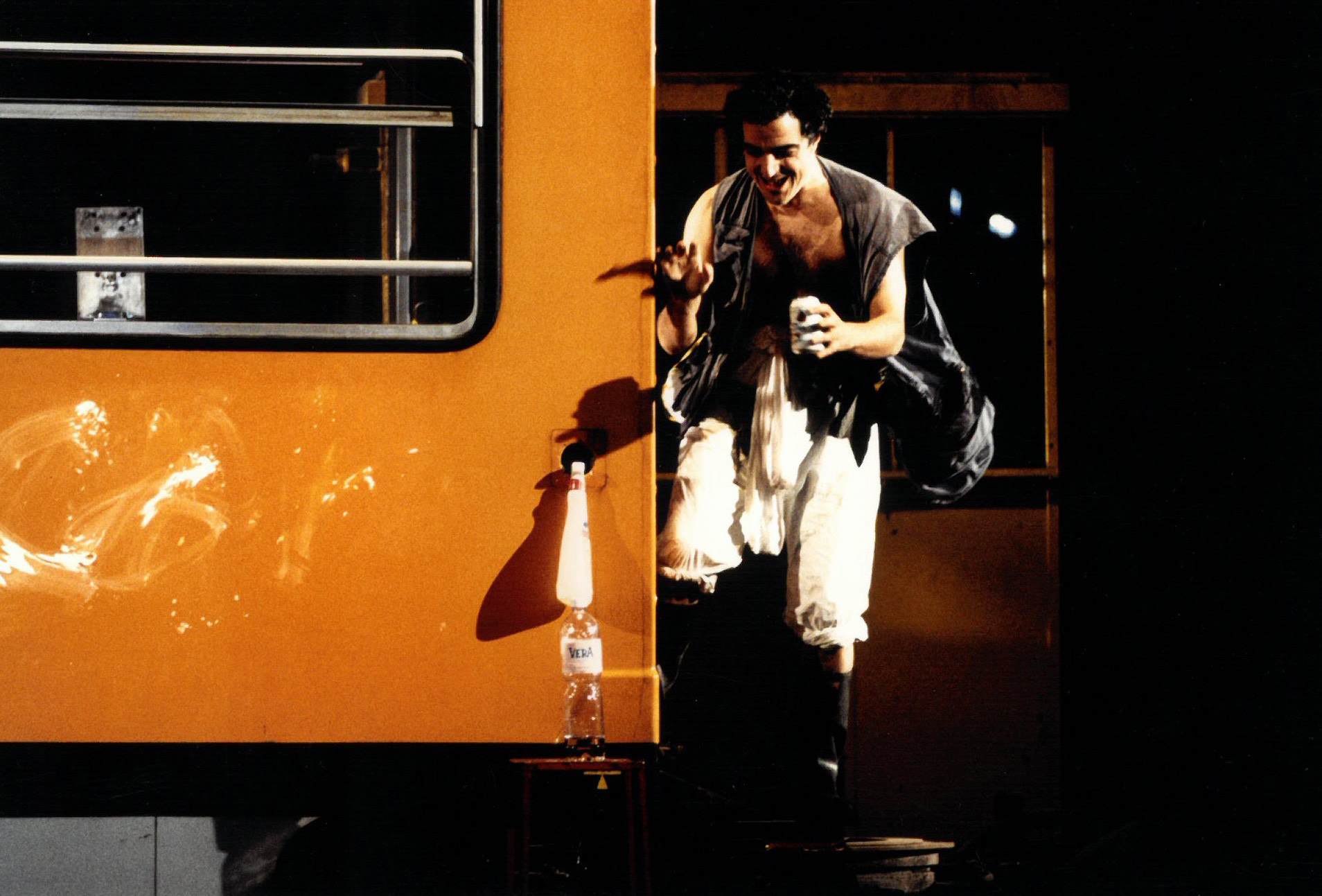 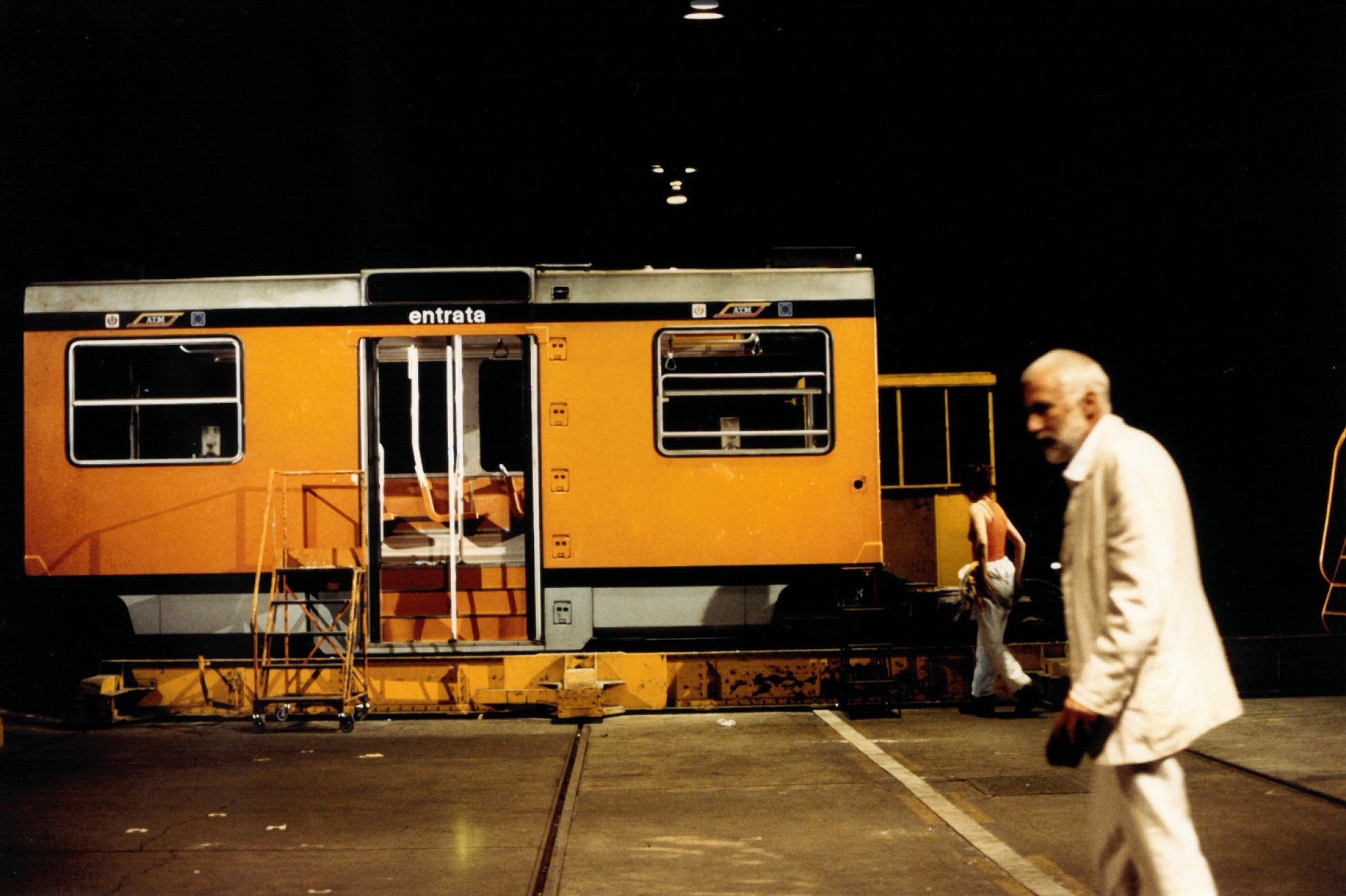 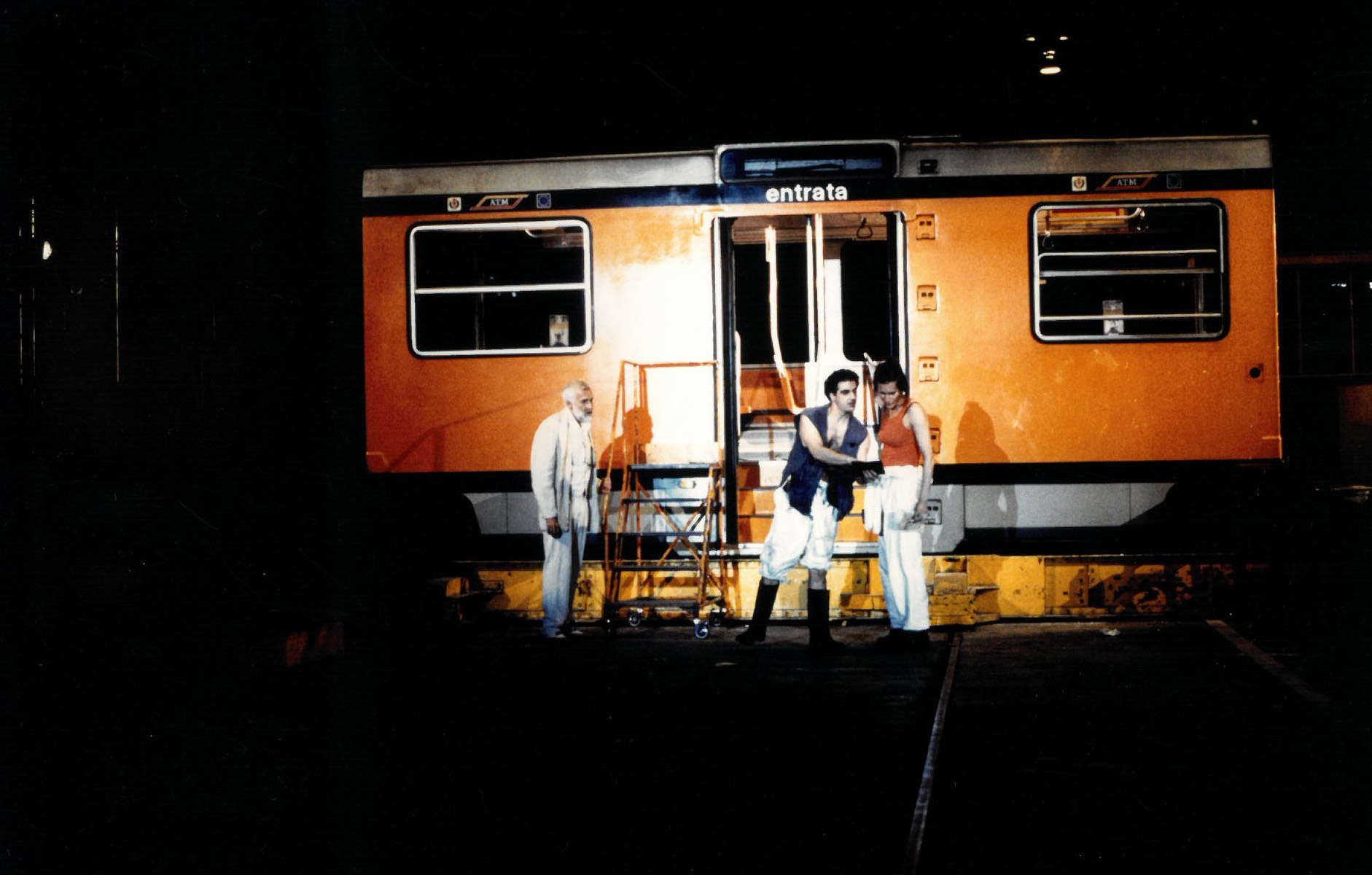 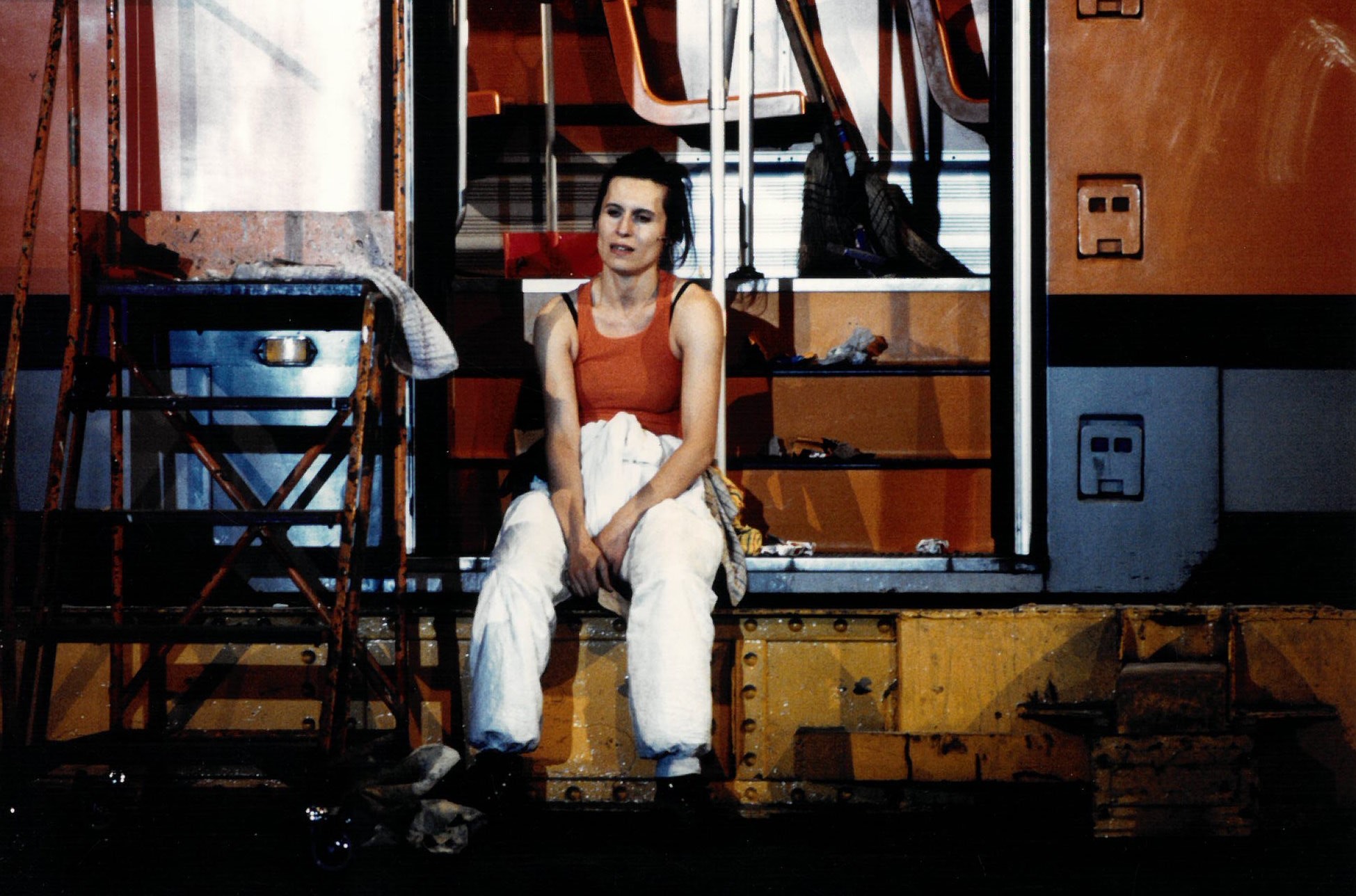