director
productions 1990—2000
When the show begins

When the show begins

“Amongst the most innovative trends of contemporary theatre there is undoubtedly the “critical question” on the meaning to give to the theatrical production, and also on the borderline between the actor and audience, and between theatre and improvisation.

Around a large wooden table that occupies the entire hall of the theatre, actors and spectators sit neatly aligned in a kind of ideal domestic evening where one speaks with the words of the others and an unusual script is played.

In this way the performance becomes a series of anecdotes, excerpt of stories, invectives, soliloquies, digressions and reflections, that jump onto the stage like a surprising jack in the box.

Joyce, Brecht, Heine, Sartre, the great tragedians, the striptease and sleight of hands, querulous chit-chat of a fake critical audience, a squabble between actors and characters, the training of an actor in an expressive Babel without a net, build the atmosphere of a theatre played on the gamble of the improvisation; and on the calculation of premeditation, carefully hidden behind the happening-effect.

Quando incomincia lo spettacolo (When the show begins) has the hybrid tone of sadness and lightheartedness, in which theatrical matter becomes airy or heavy, dense or unraveled until the point of involving the audience in the real life of the actor. The “purest” moment of the performance is when Giorgio Gennari and Giancarlo Ilari, semi-suffocated in the heavy costumes of fabric and rope, have to learn to repeat the linguistic acrobatics of Joyce’s Finnegans Wake, led by a bored and know-it-all stage manager.

It is the most theatrical part of this fascinating and elegant work, dedicated to the actor and to his way of showing himself without intermediaries and without limits. An expressive research that points to the actor’s performance as the supreme art of the scene. “ 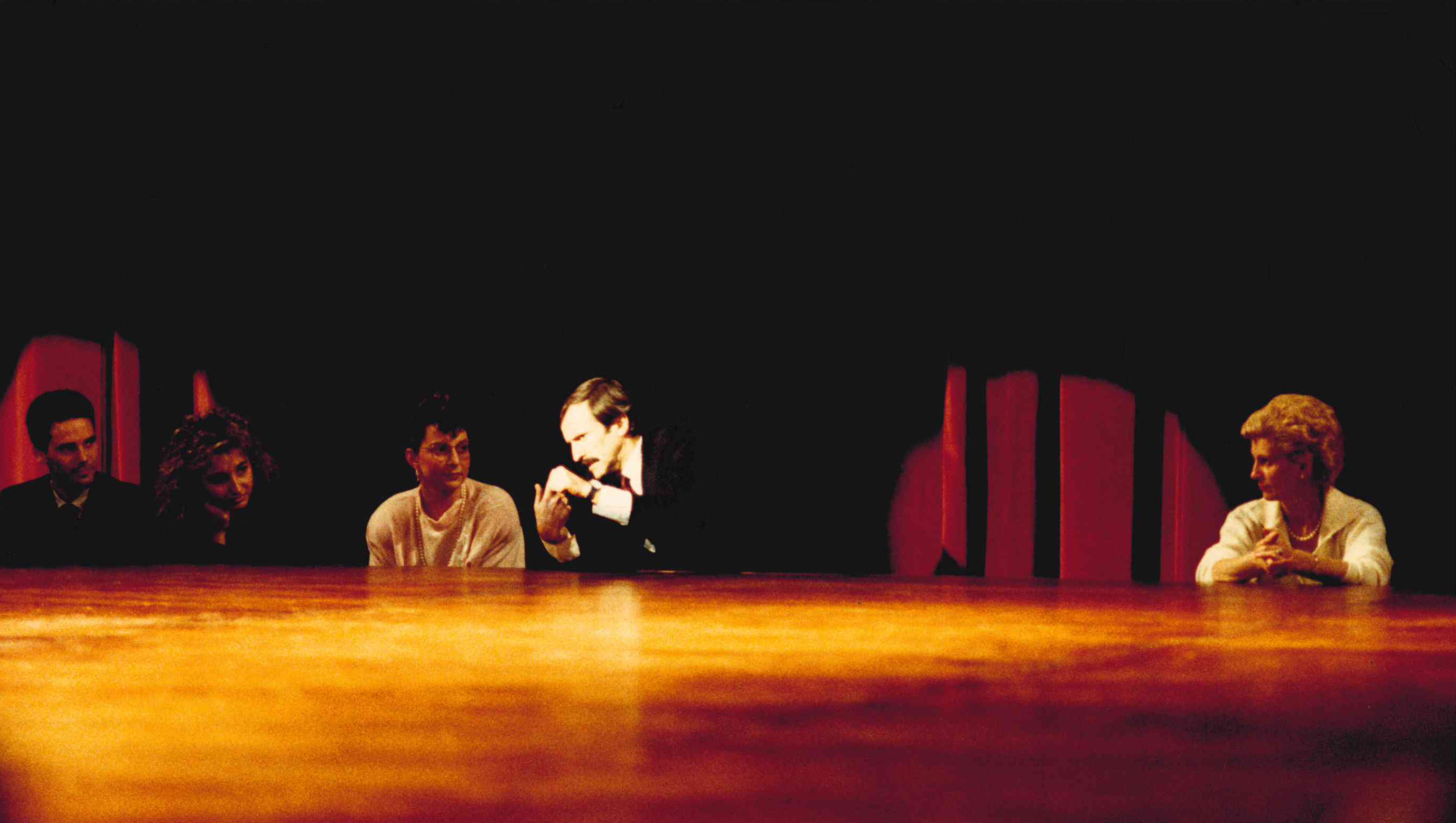 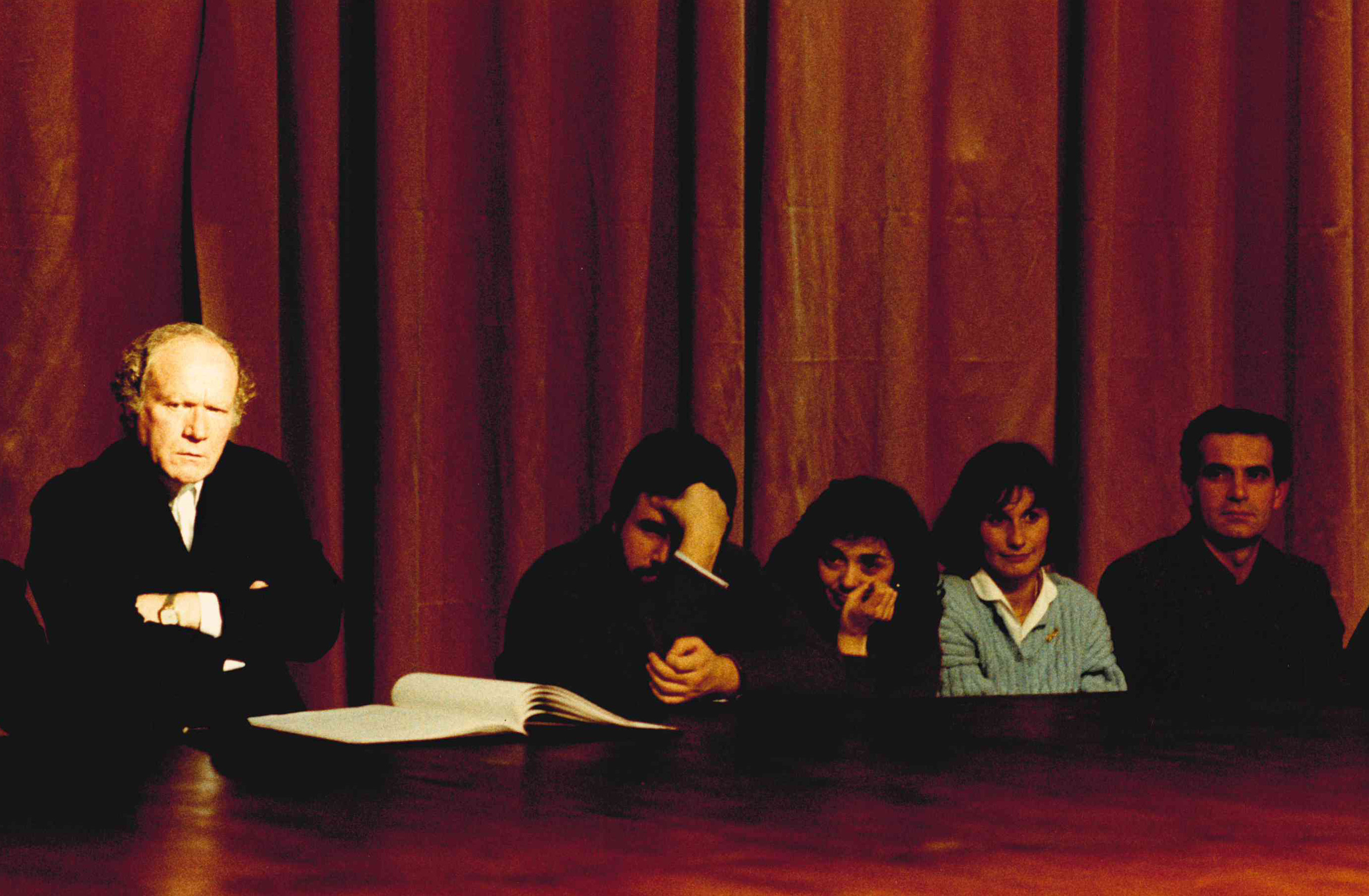 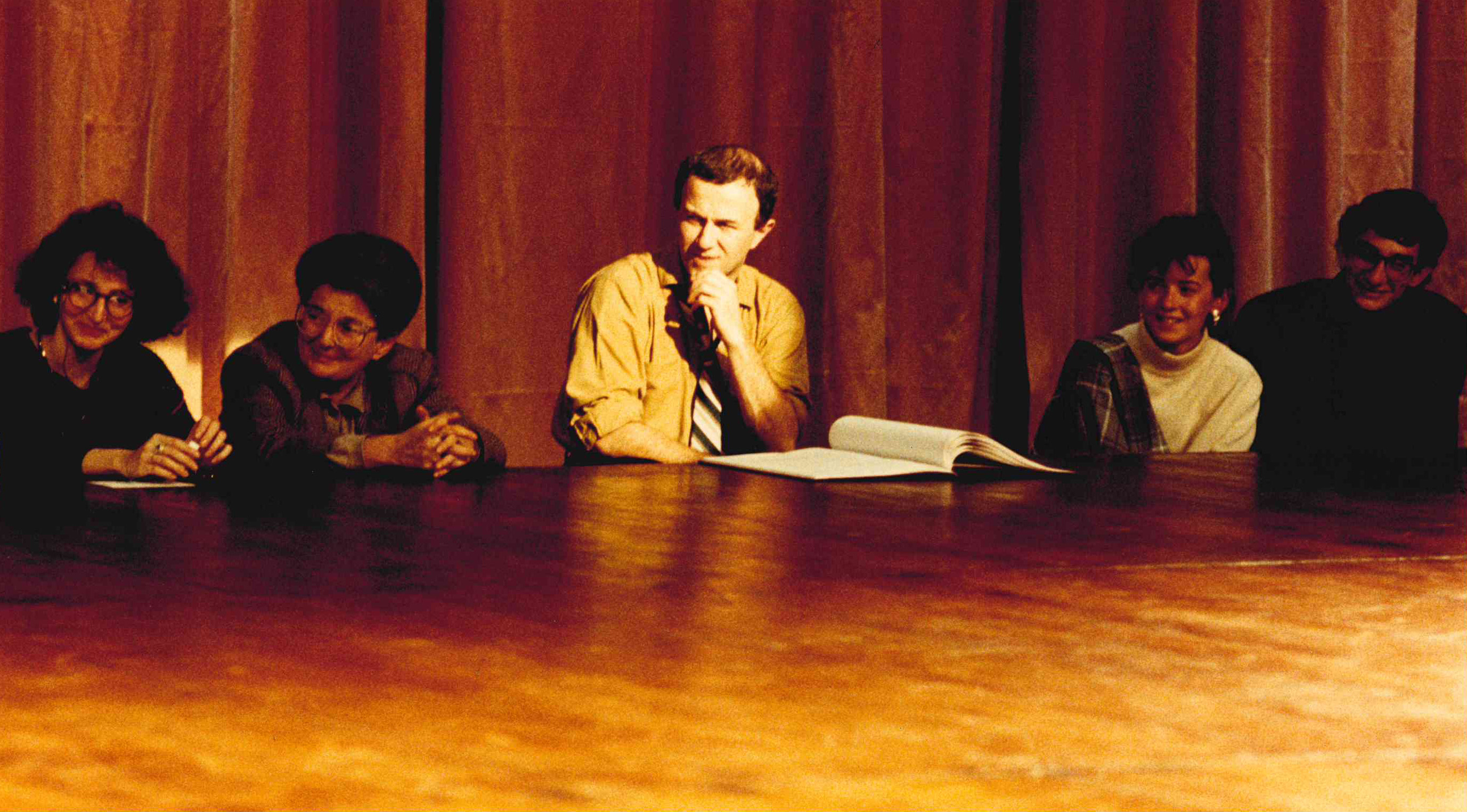 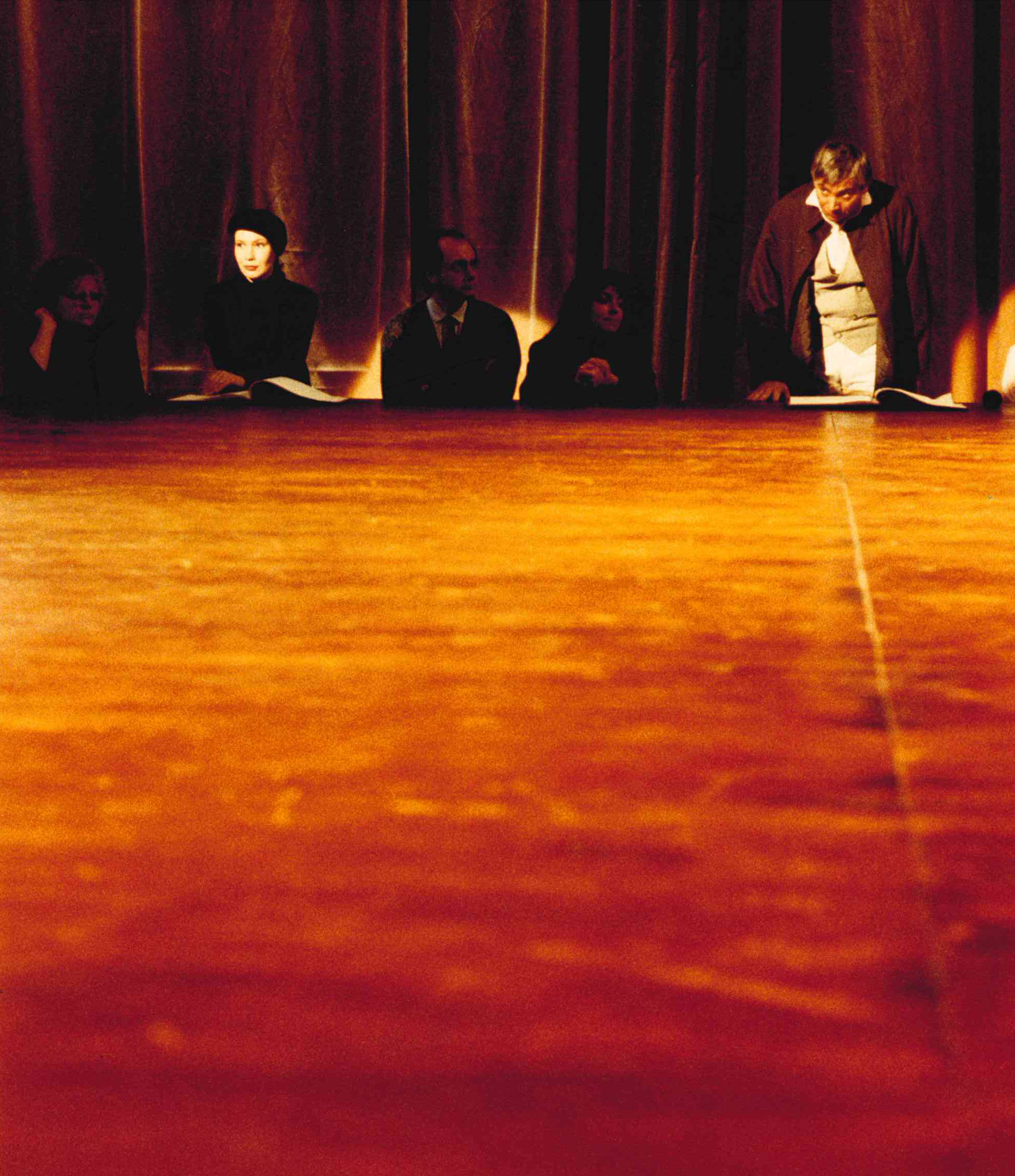 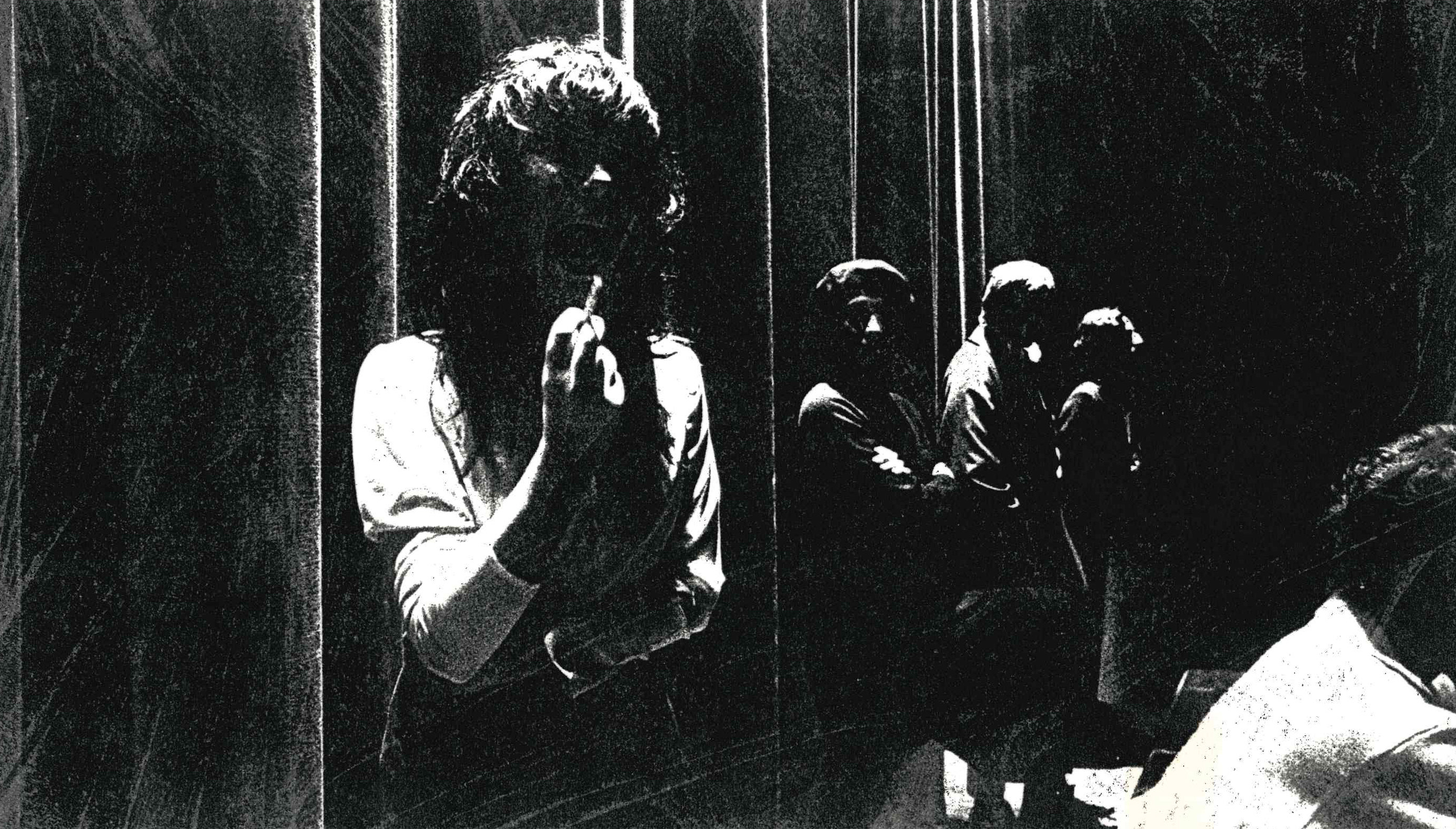 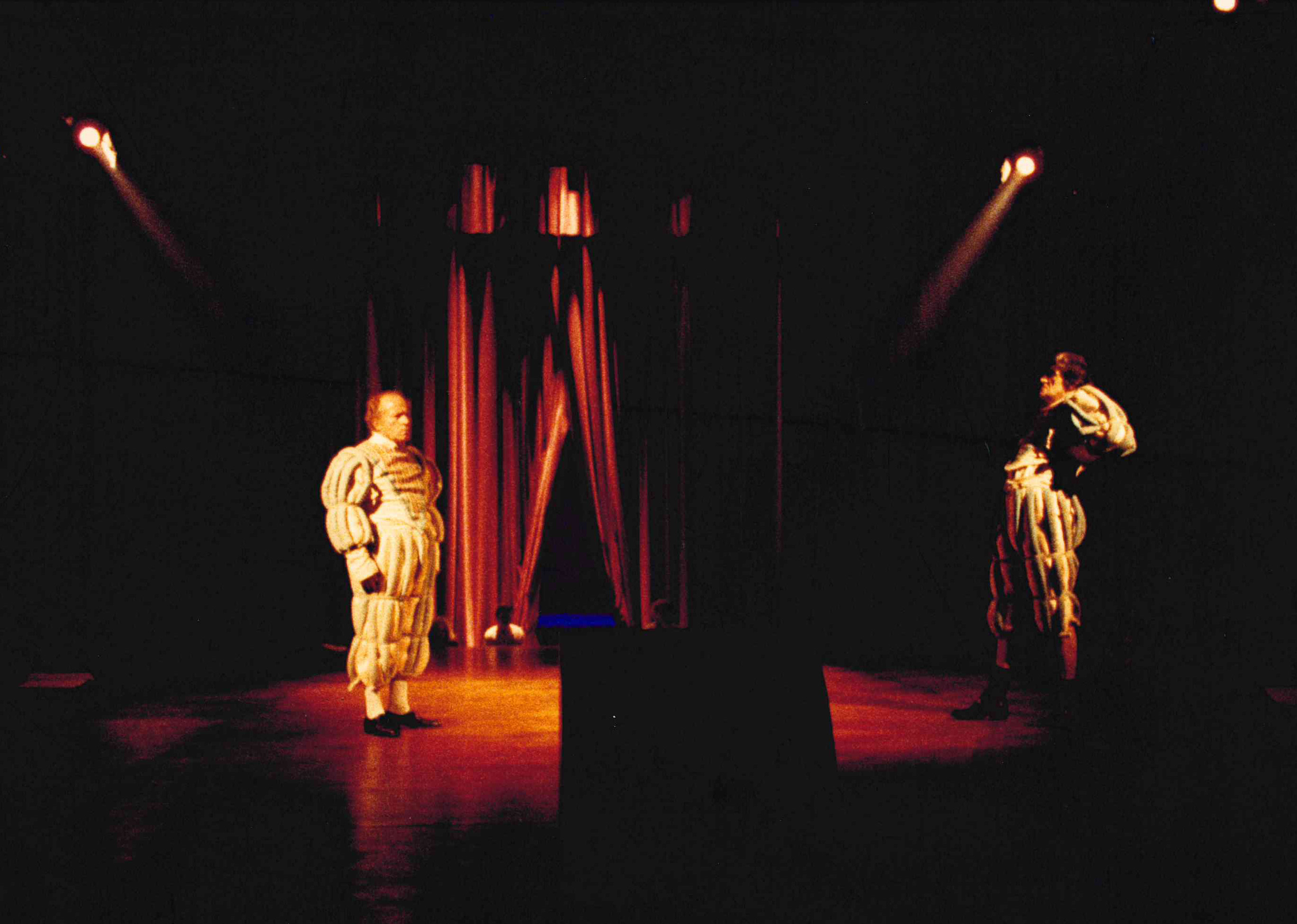 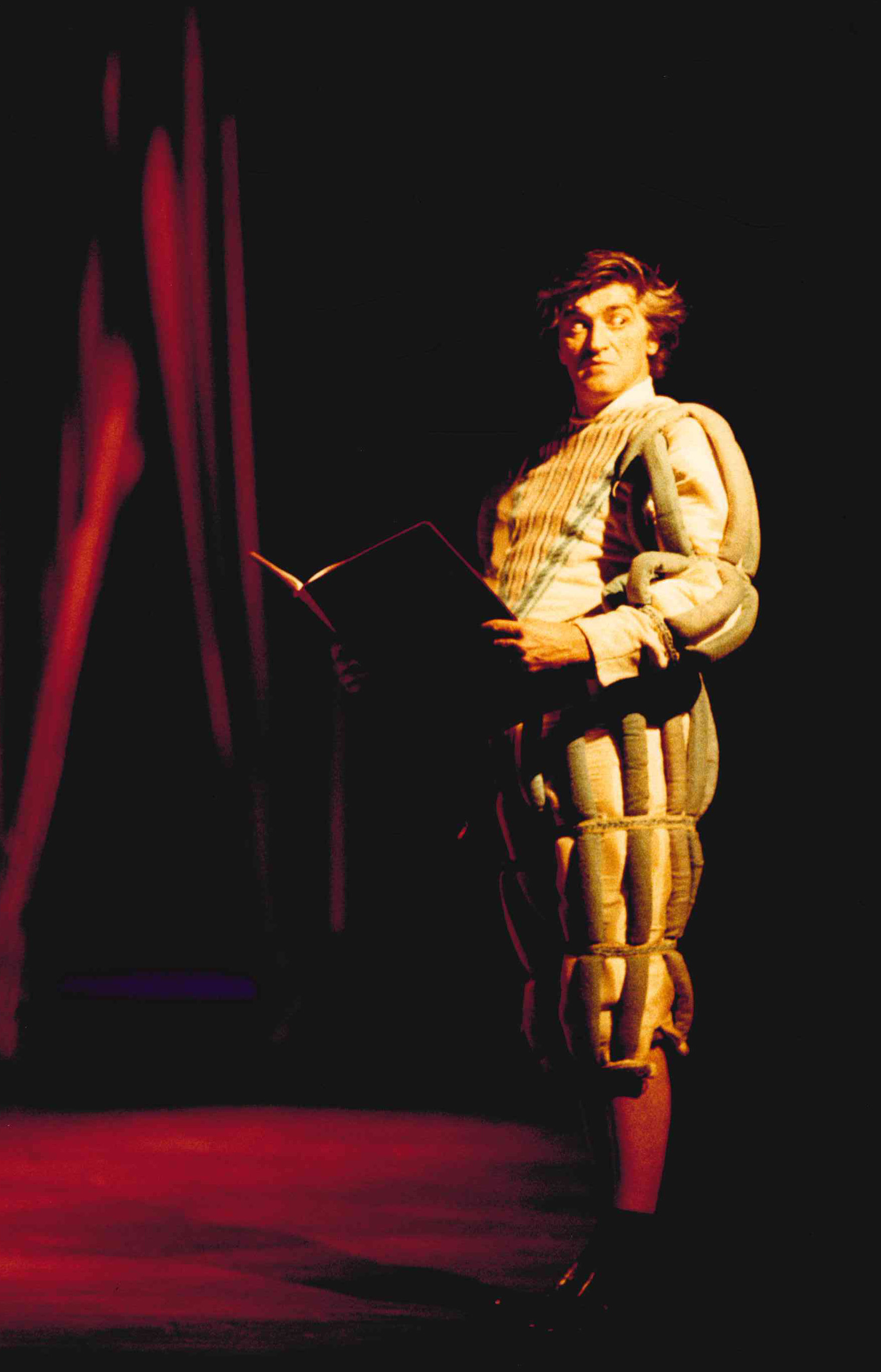 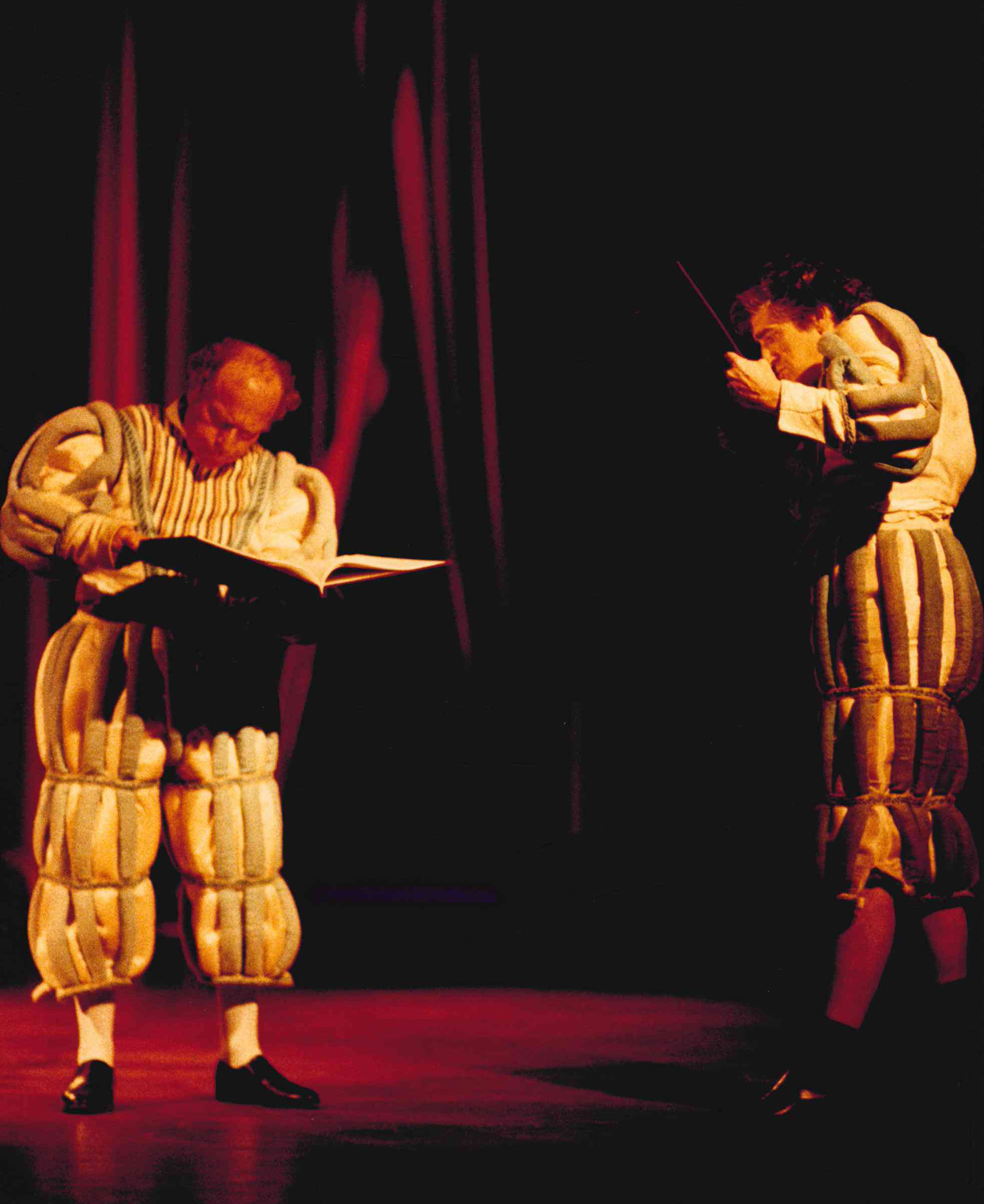 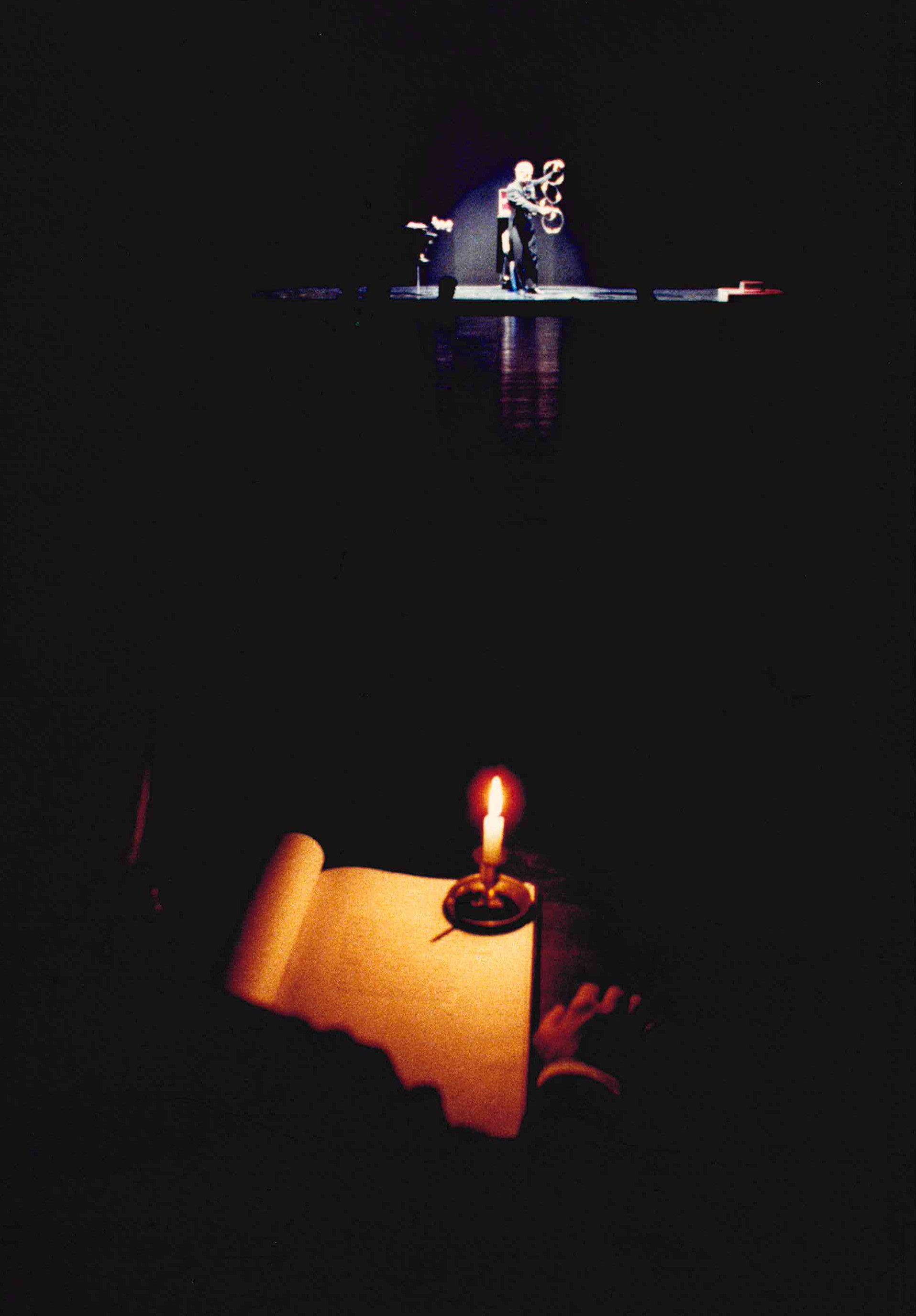 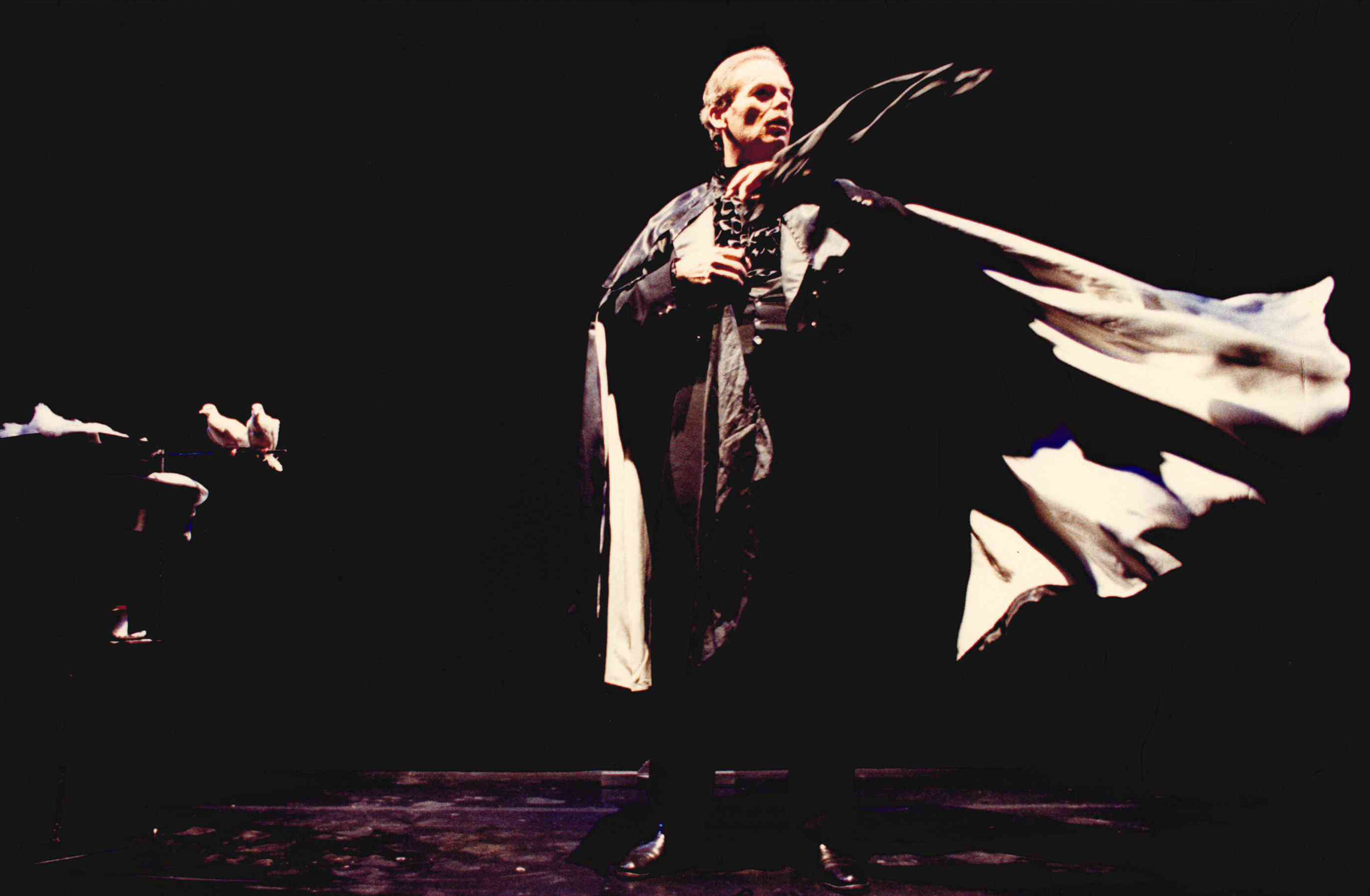 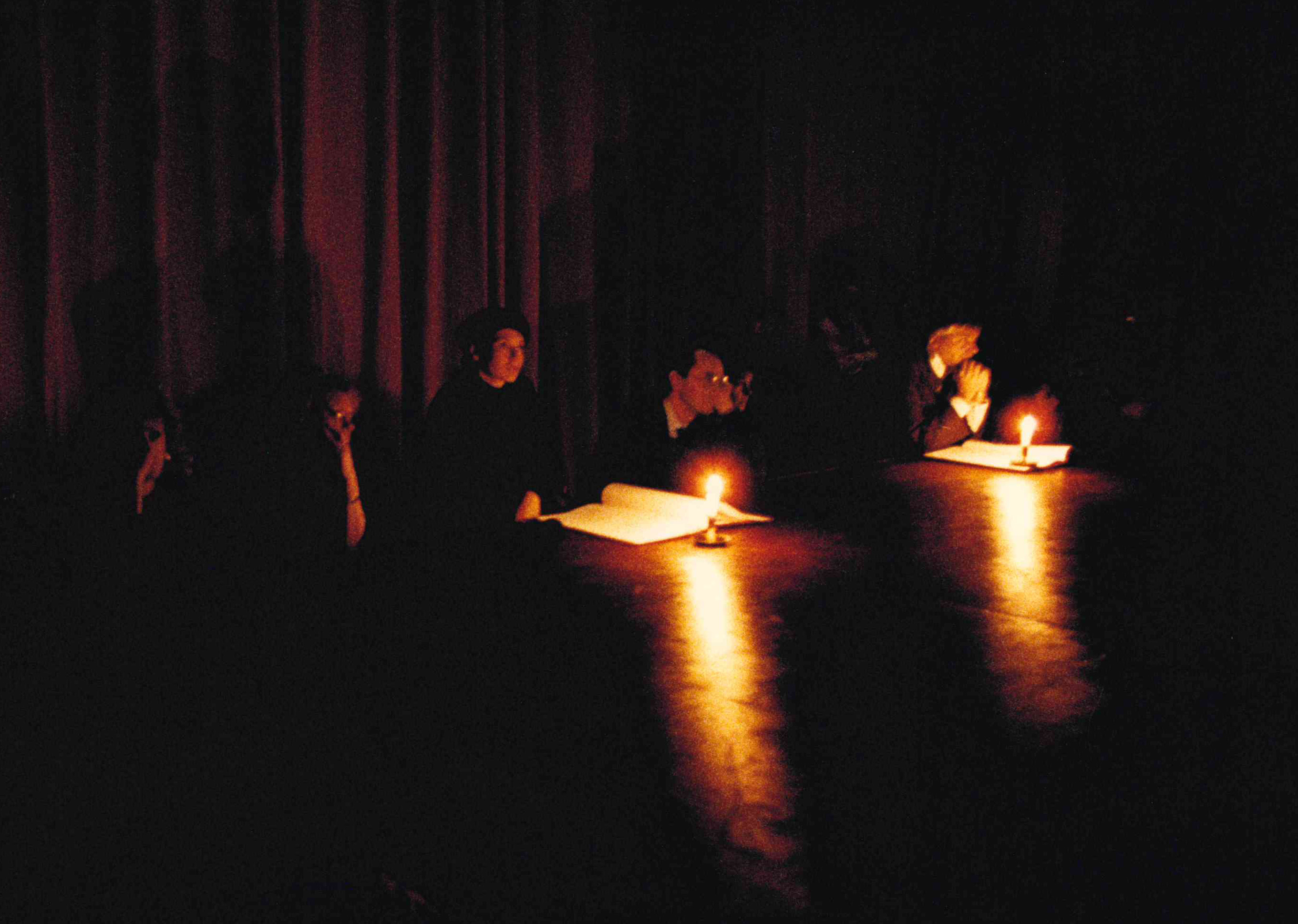 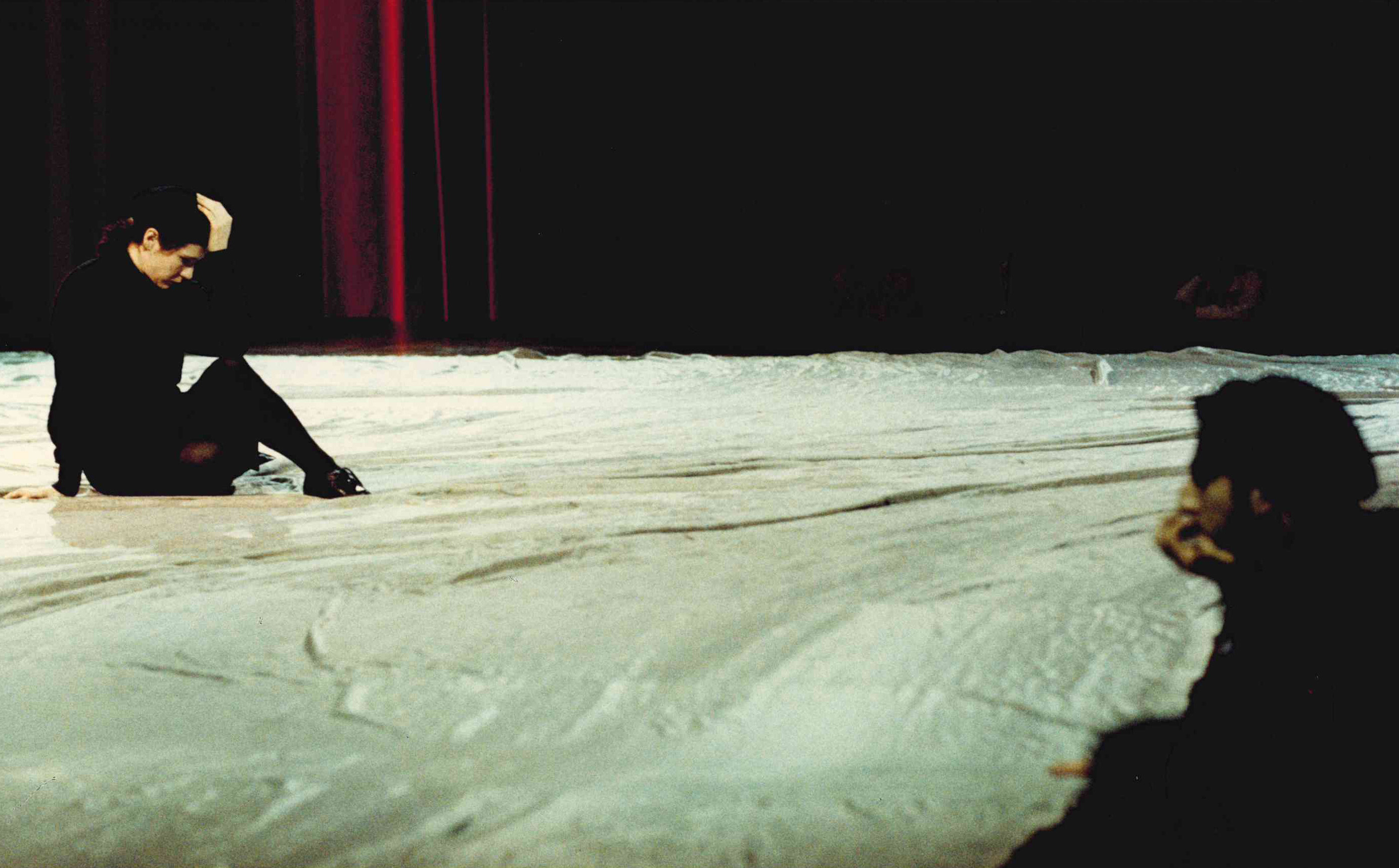 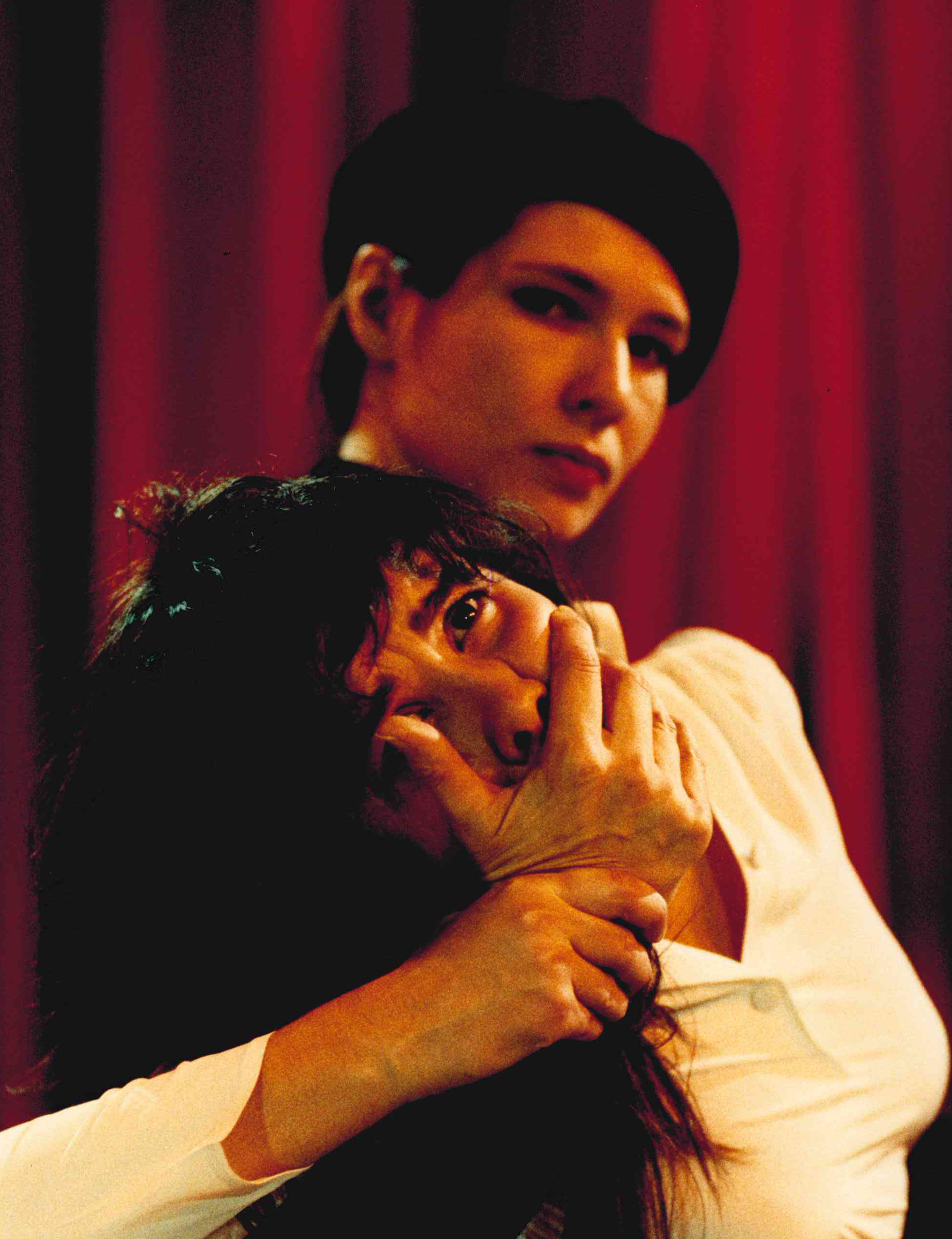 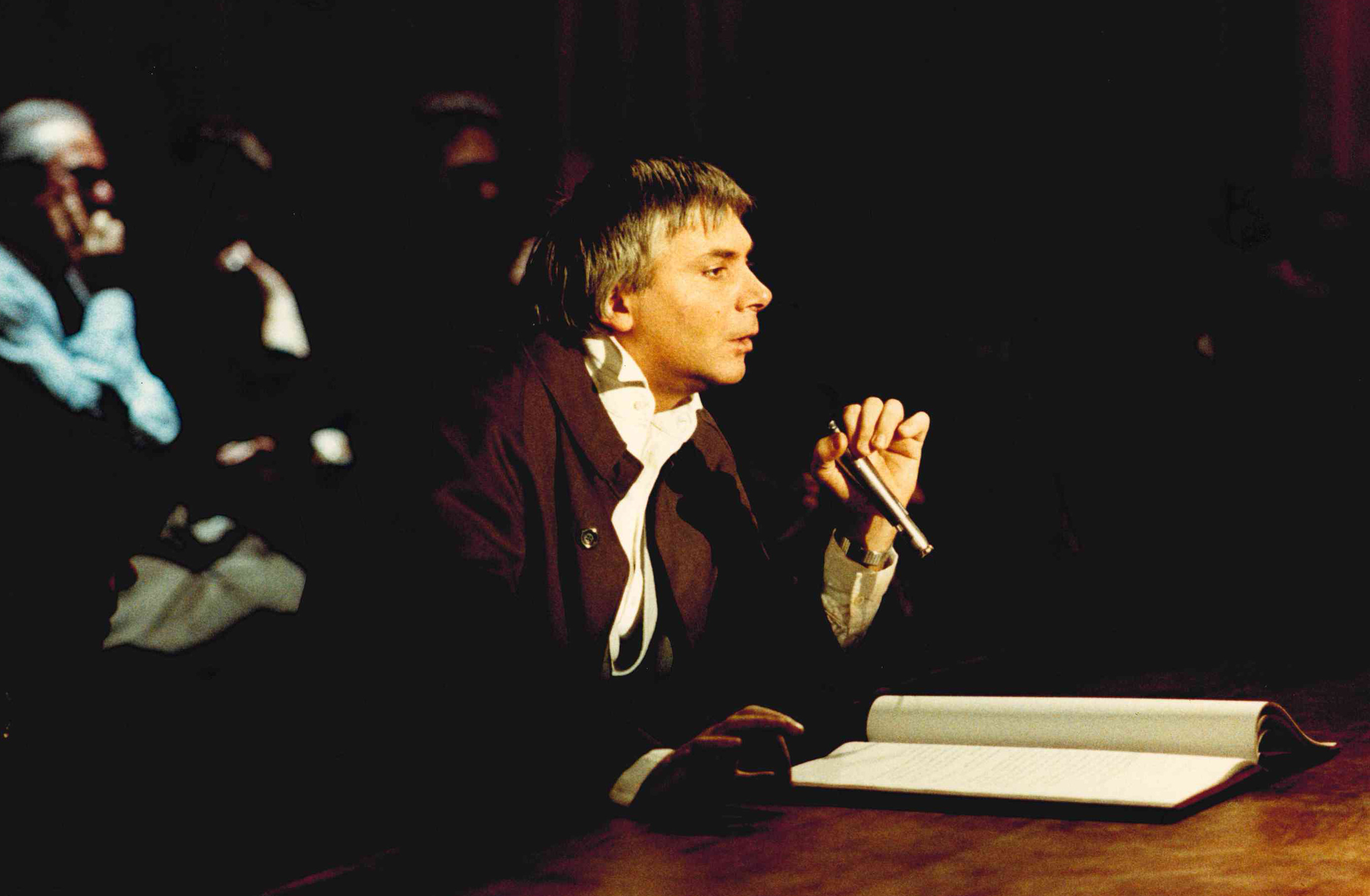