The architectural invention of a space in which the audience on three sides, and the Orchestra on the opposite side, surround the theatrical action that develops without scenography at the center space, developed as a large platform built around the central element consisting of an ancient well.

The need not to turn their backs to the audience for long, obliges the singers to constant mobility obviously without losing contact with the conductor’s gesture and with the sound of the Orchestra — a dramaturgy of space/movement quite unusual in lyric opera. Mozart’s opera is then staged as a great chase originated by the initial killing.

The apparition of the Commendatore in the finale happens through the entrance door of  the small Church adjacent to the Cloister, on the opposite side of the Orchestra — which is coincidentally, also the Church of the adjoining Cemetery. 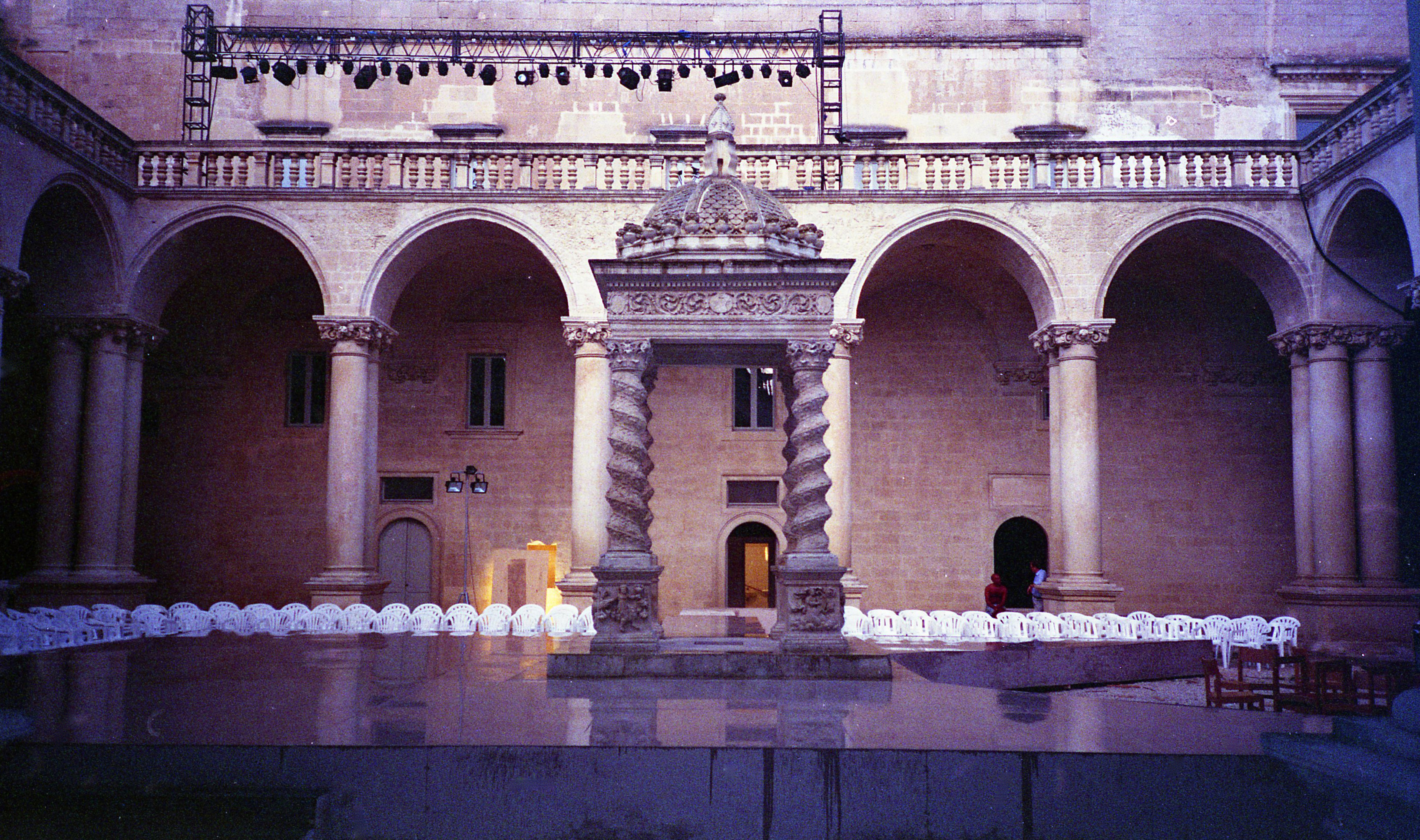 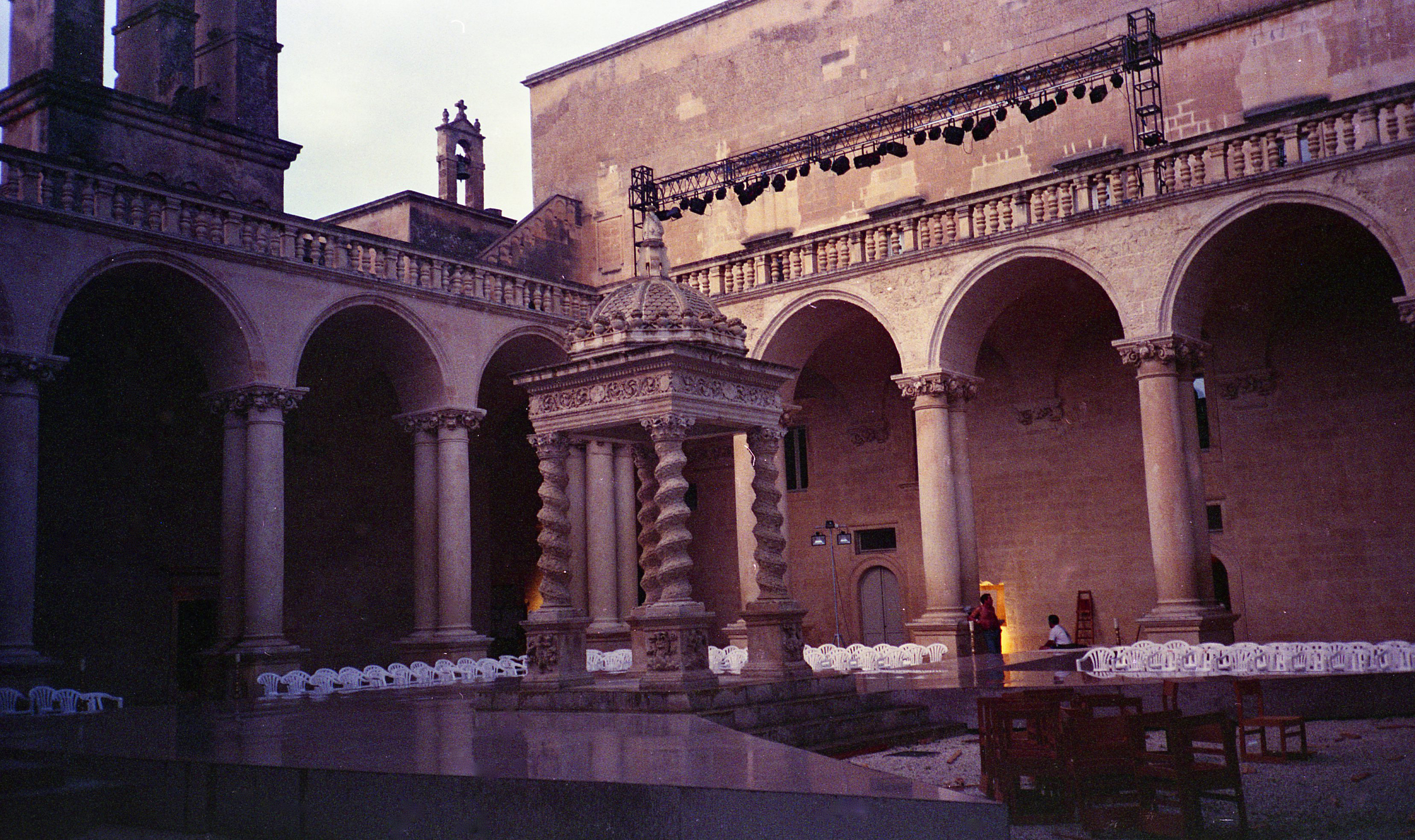 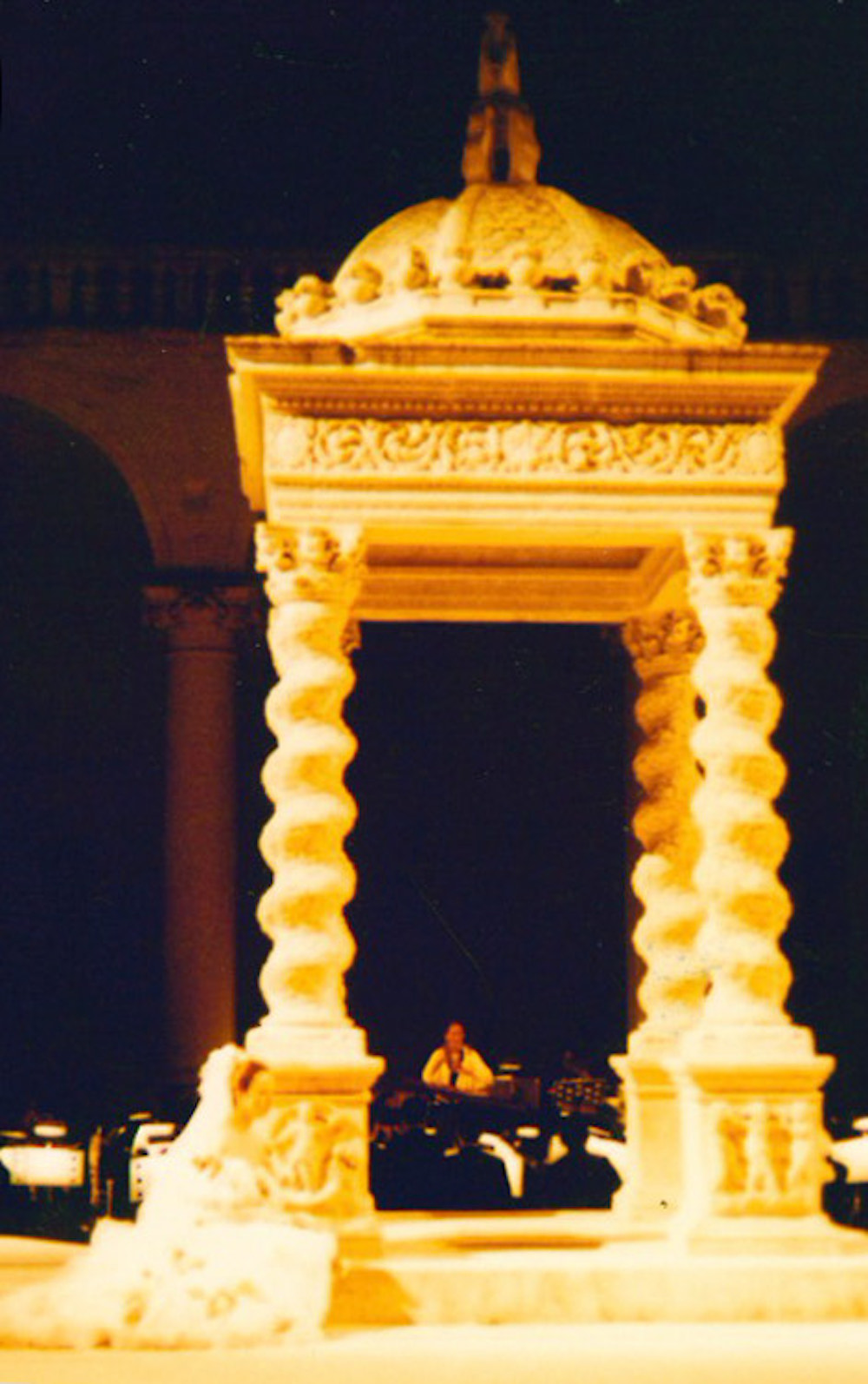 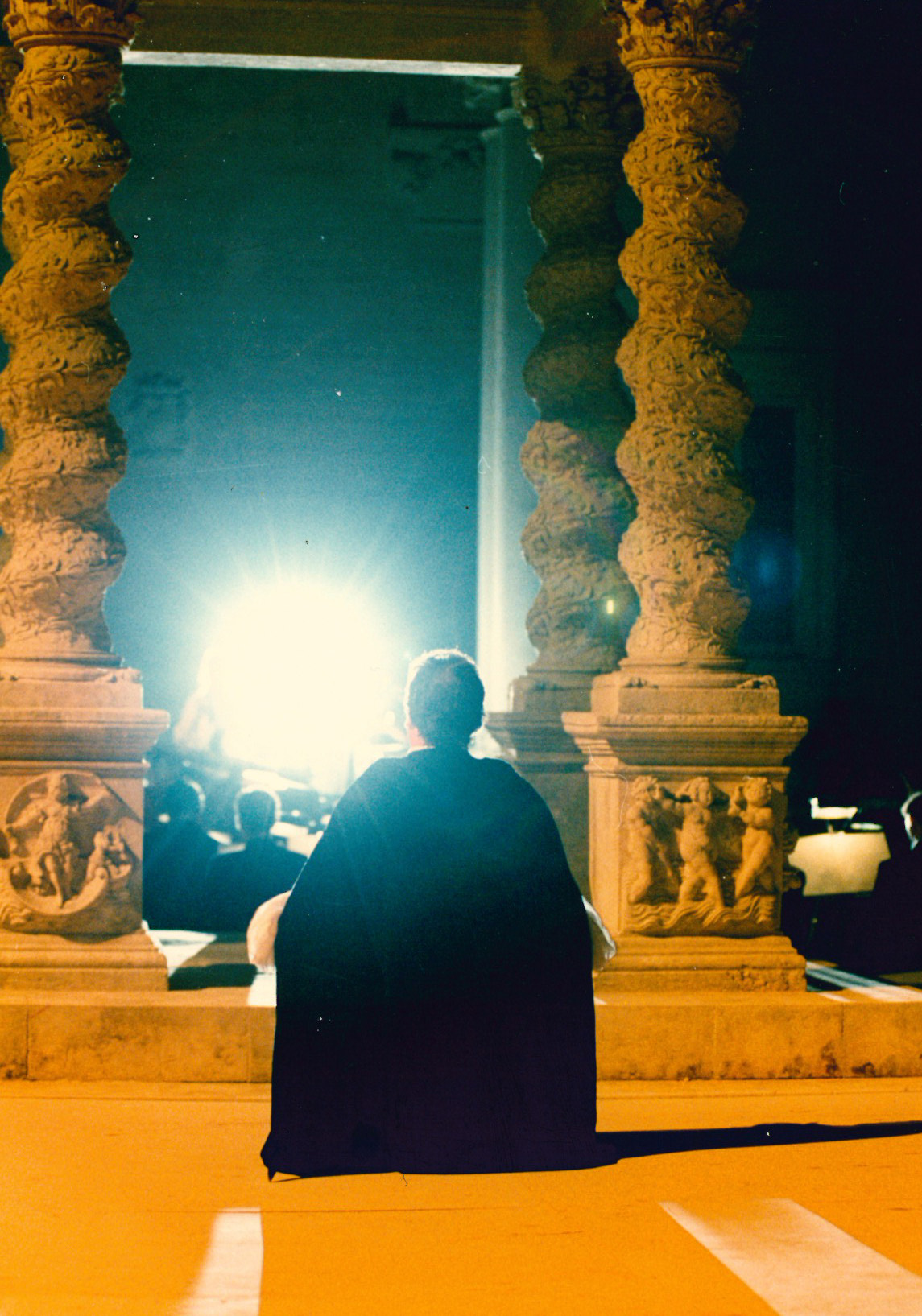 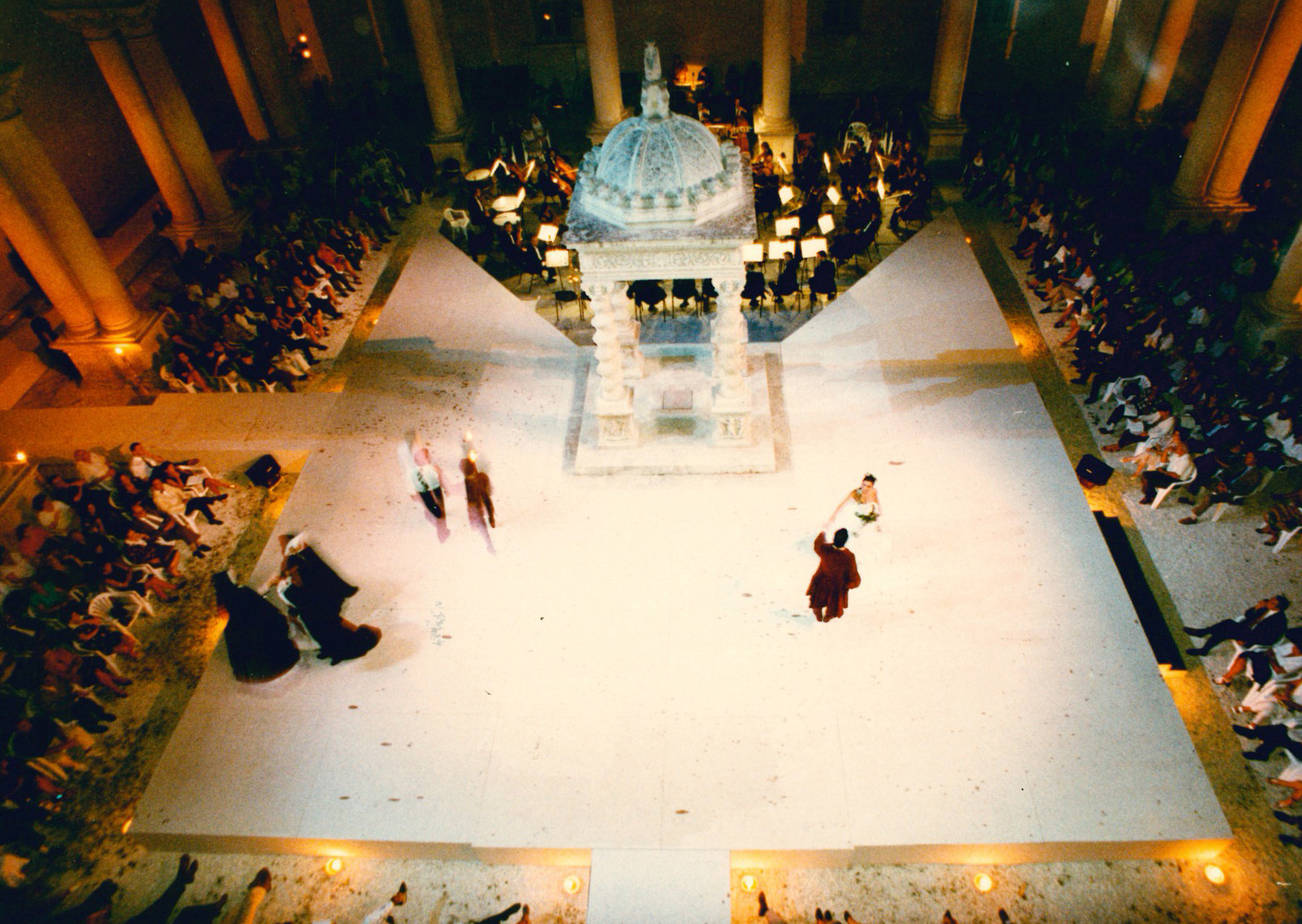 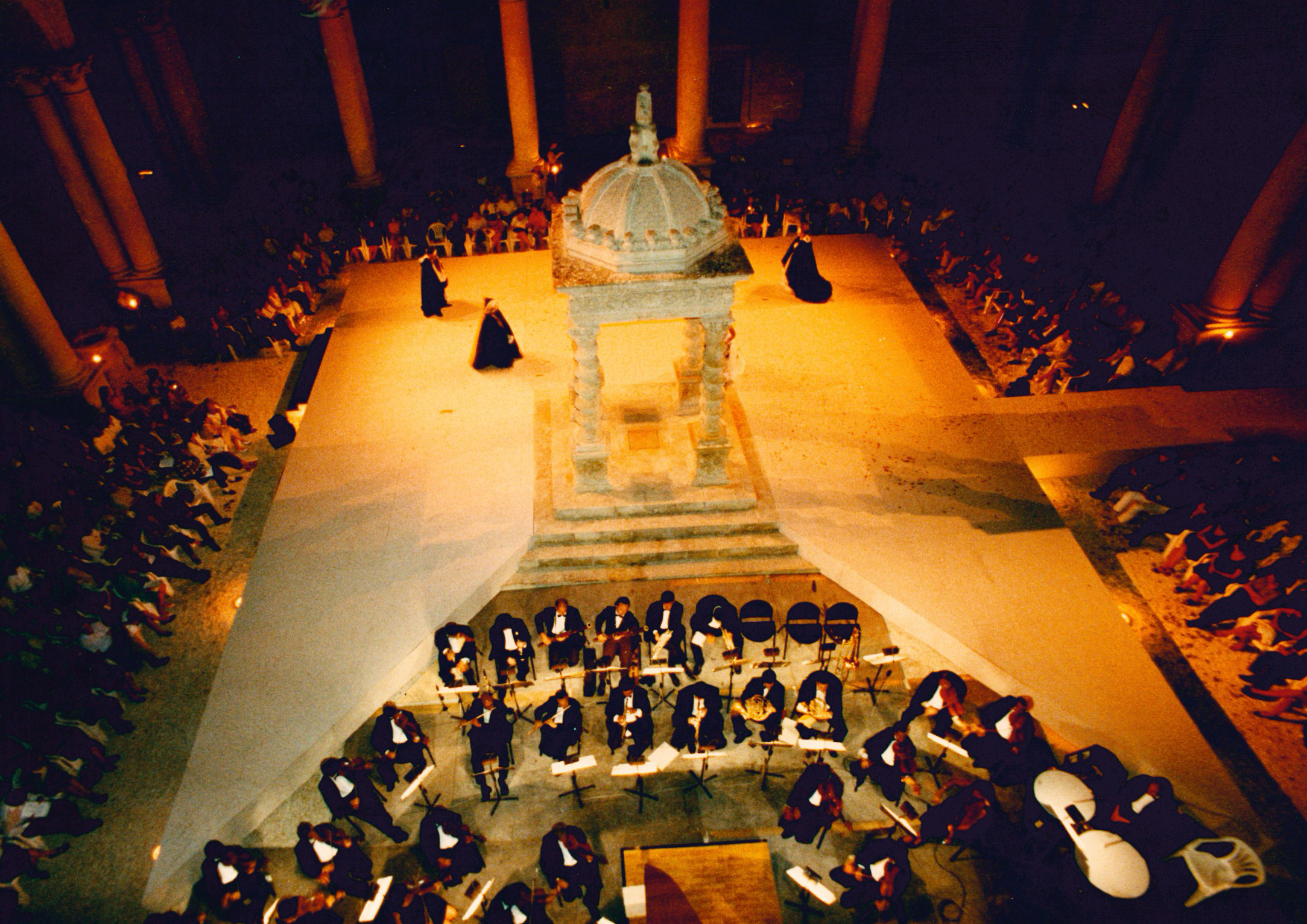 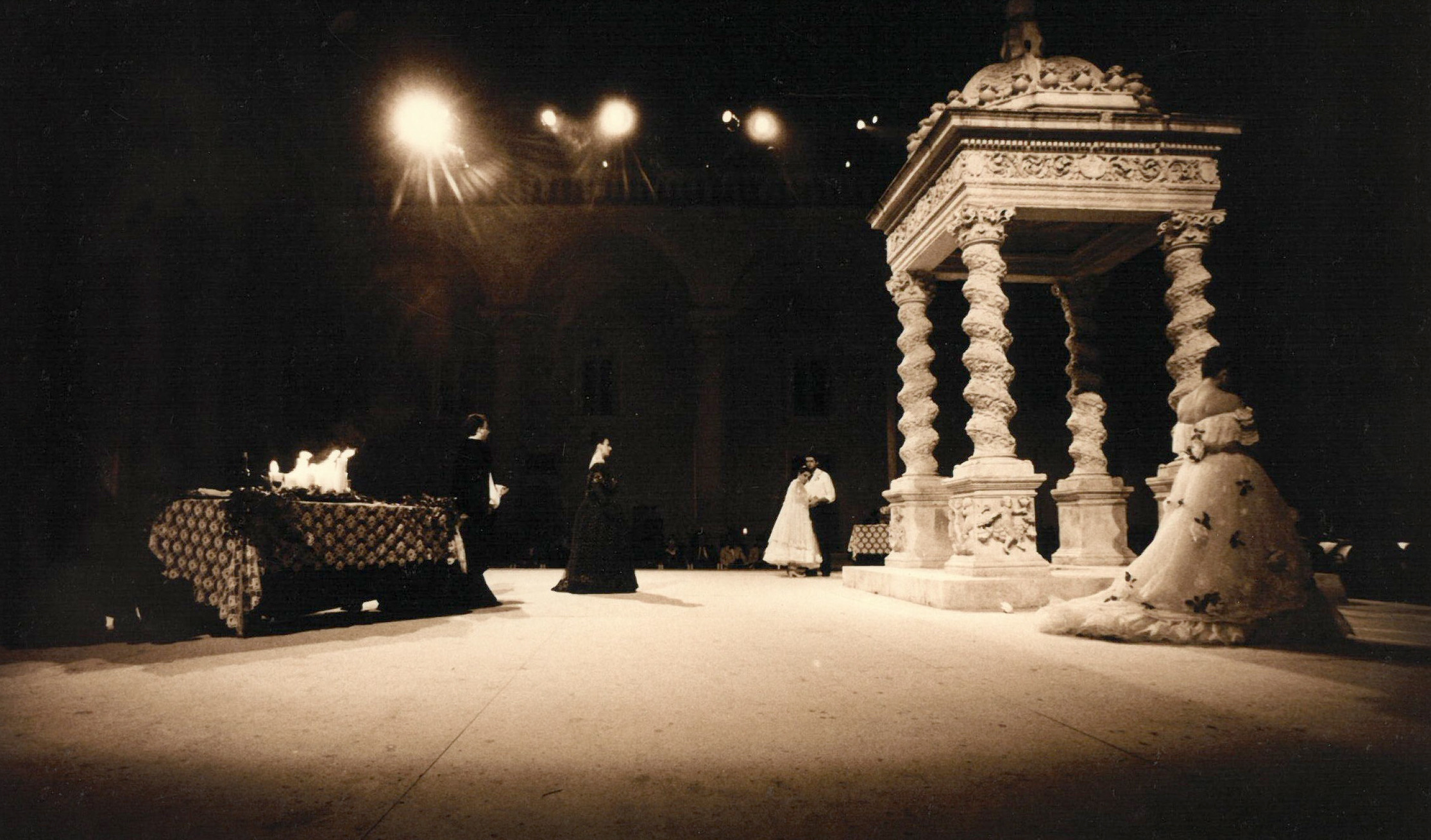 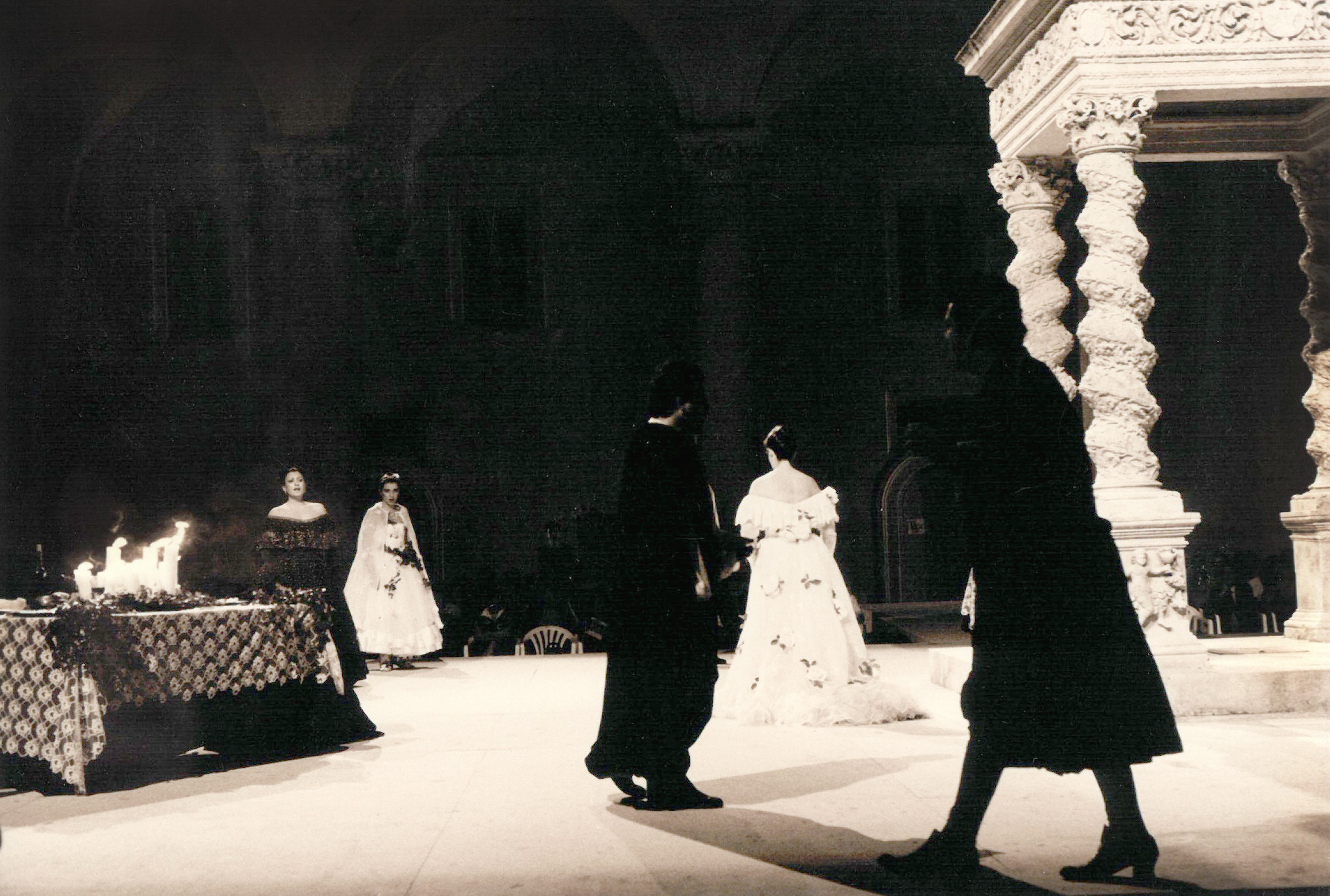 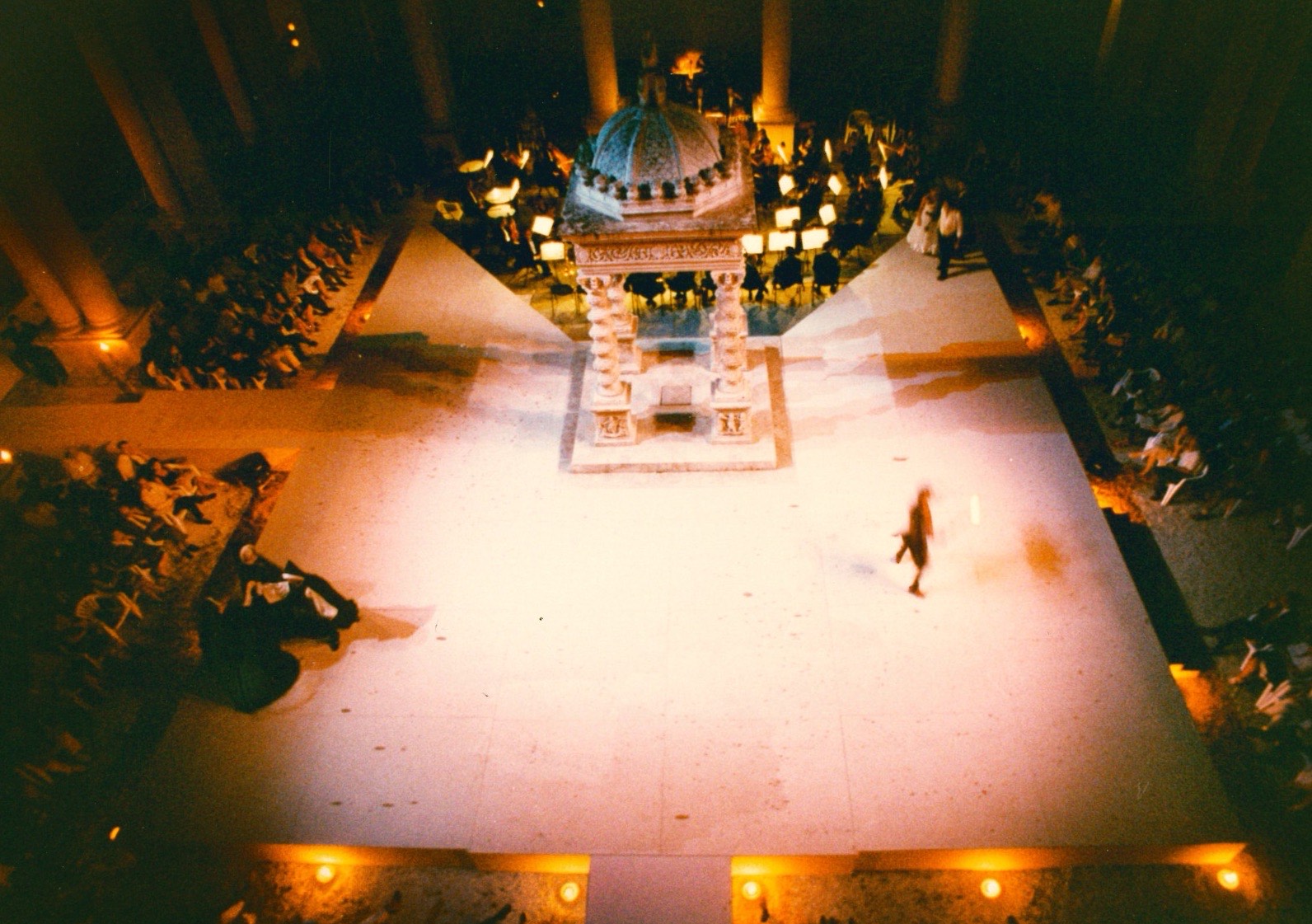 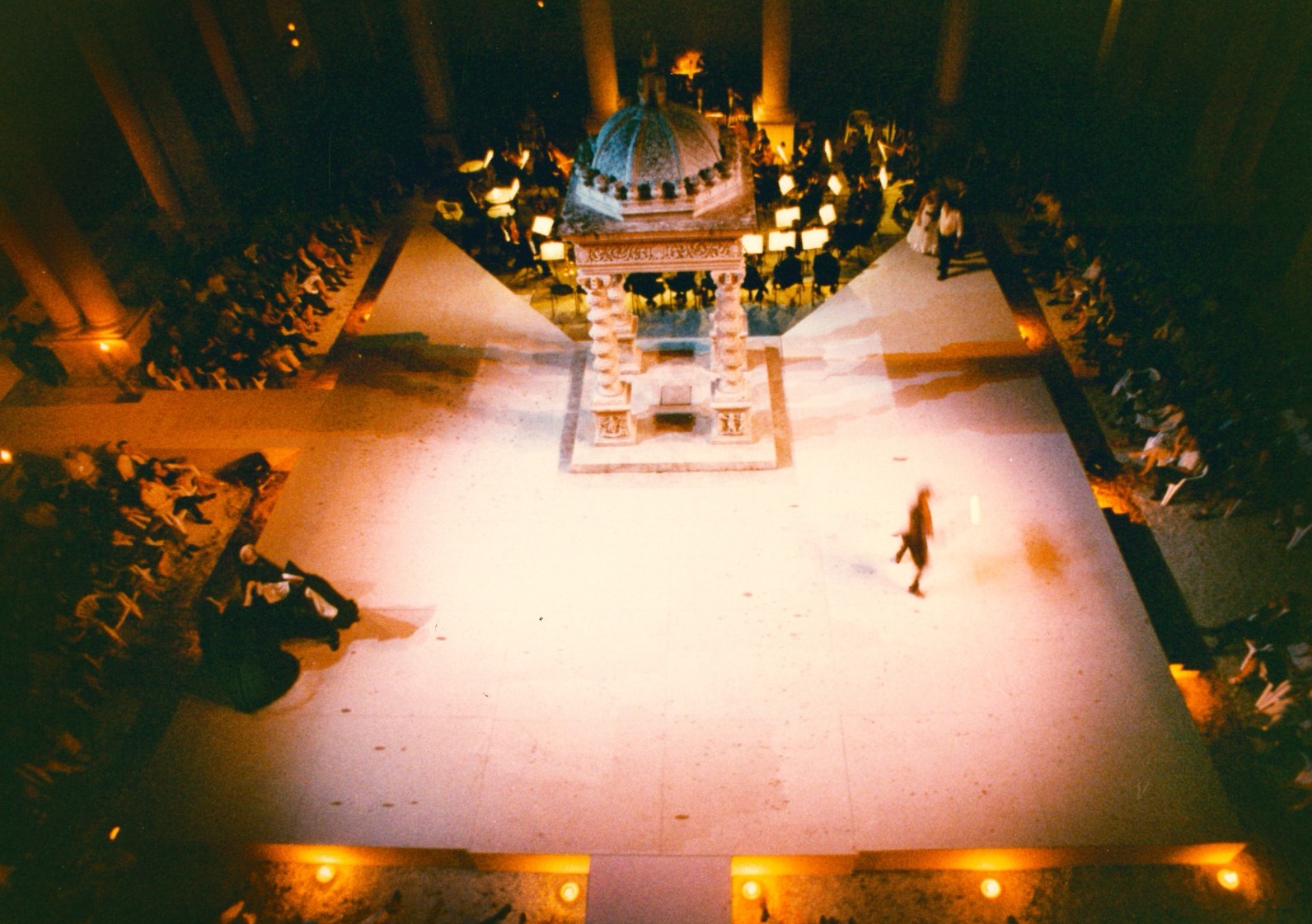 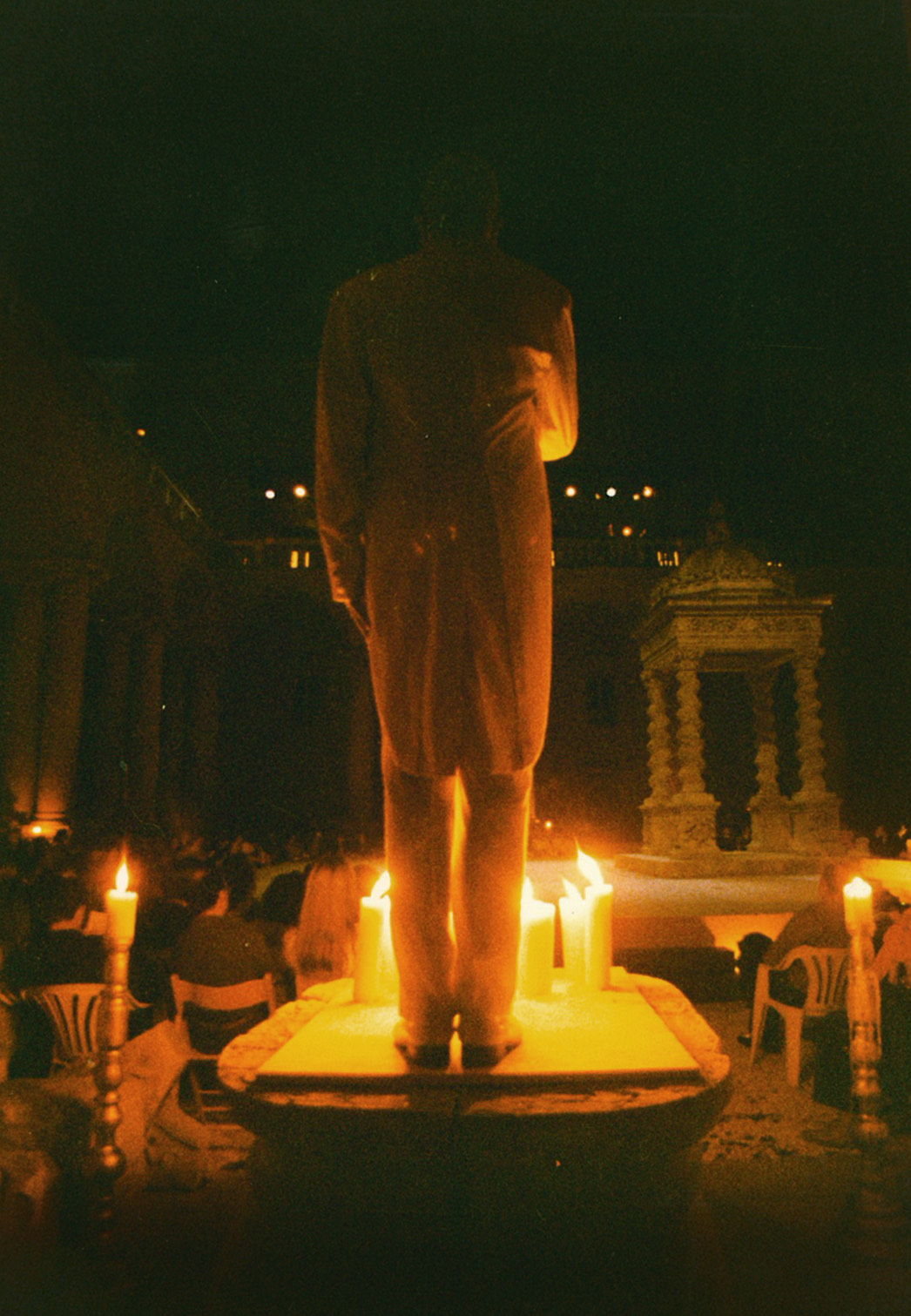 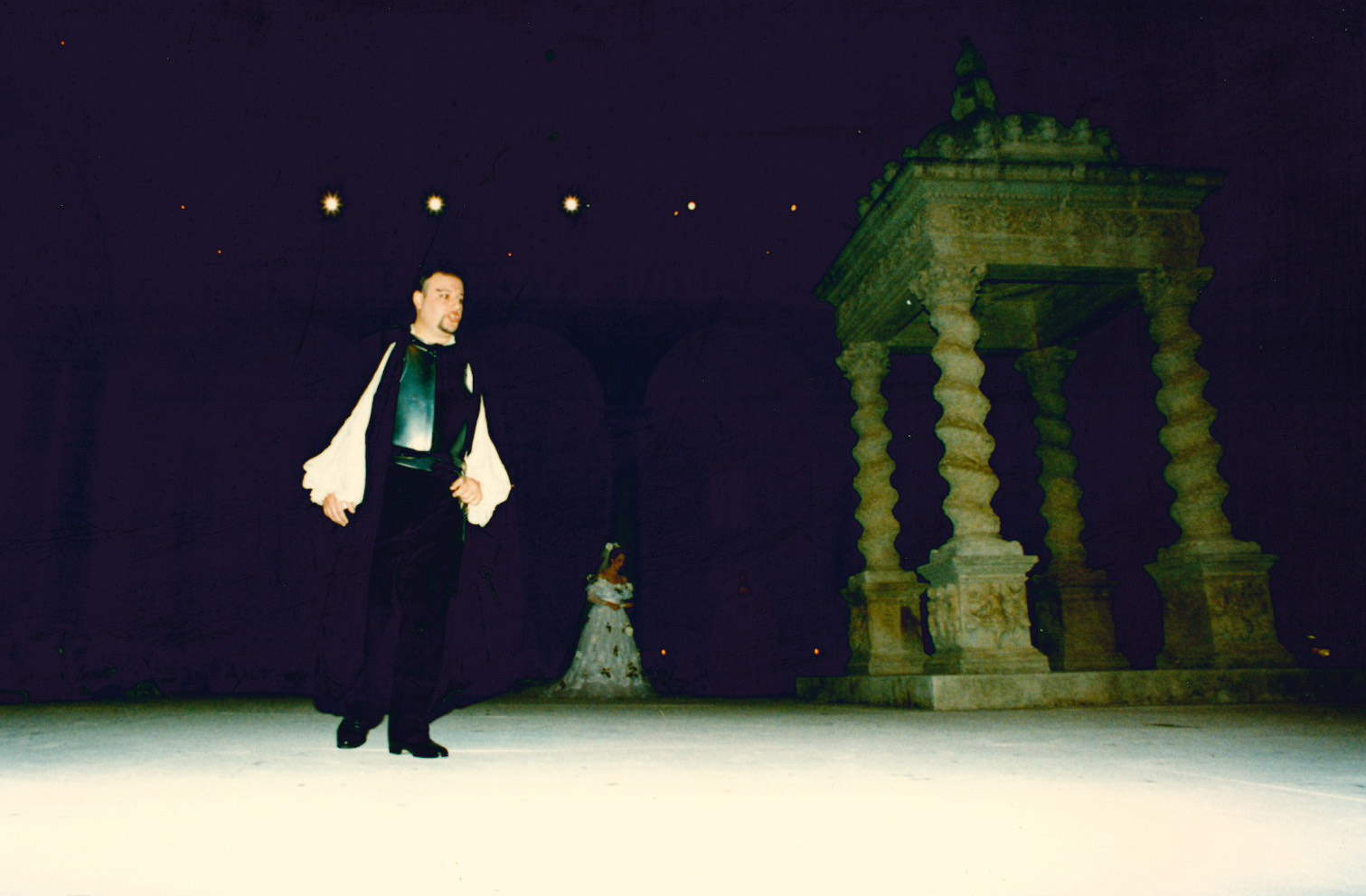 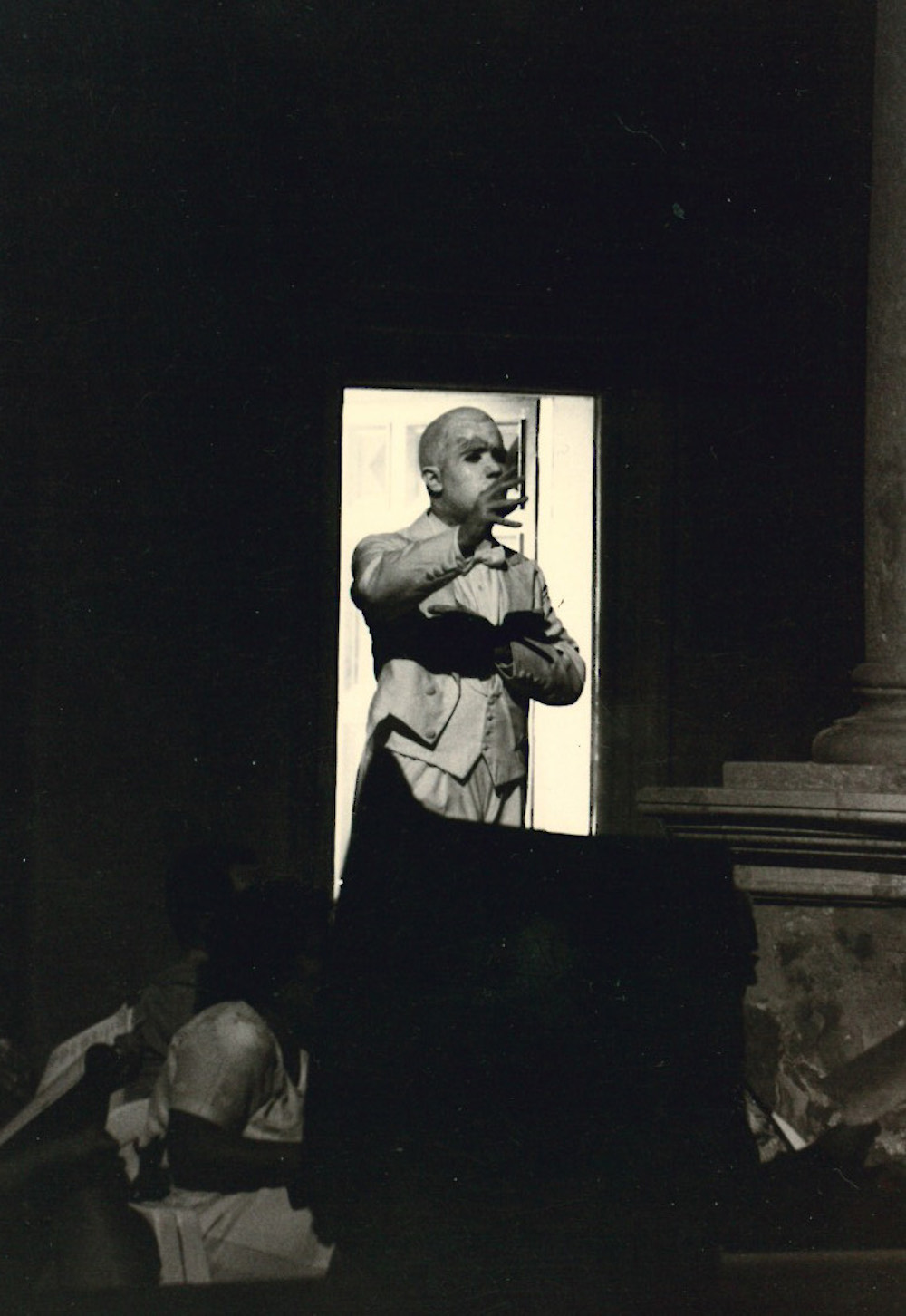 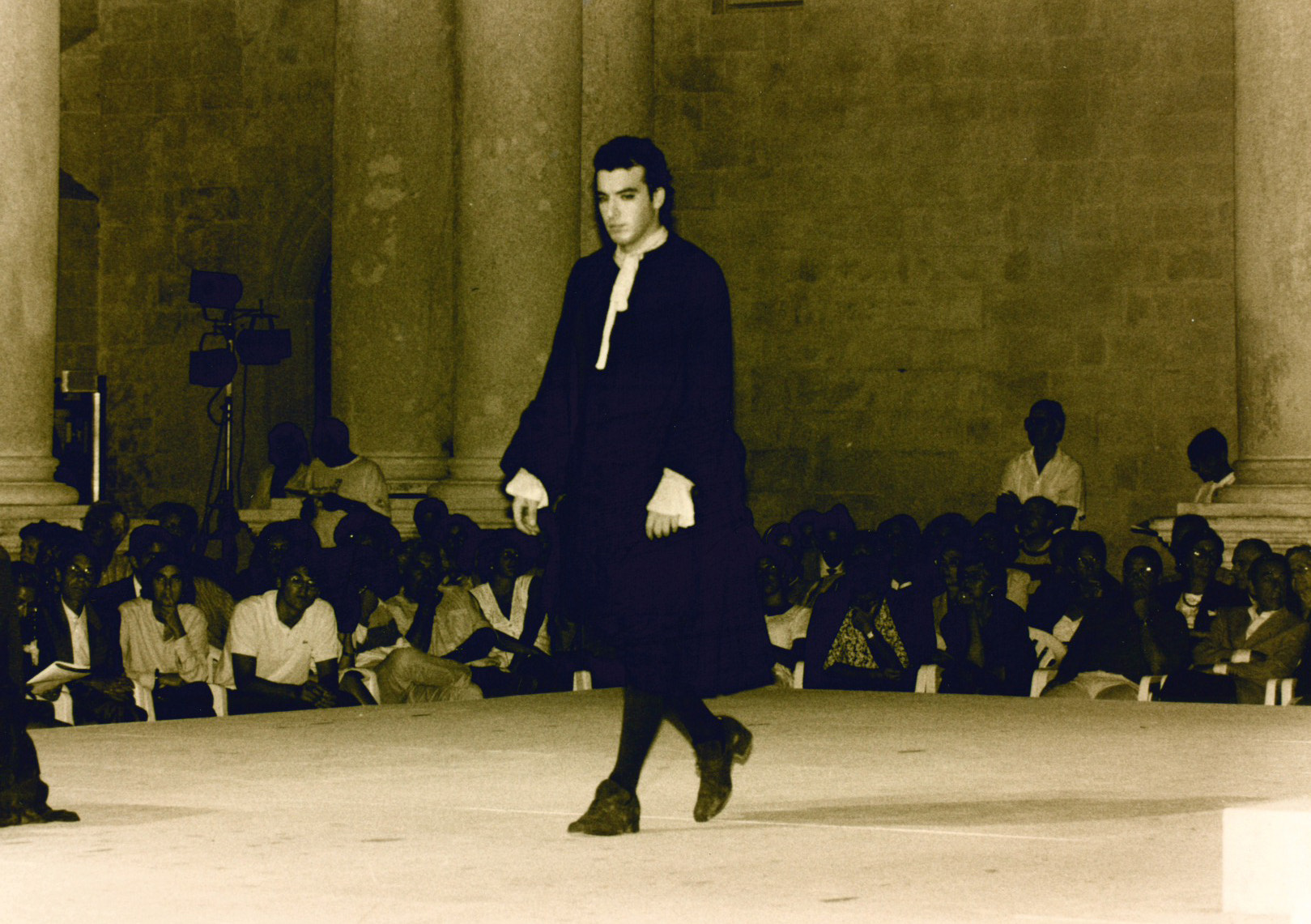